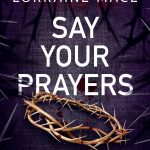 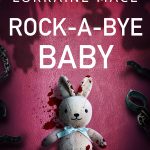 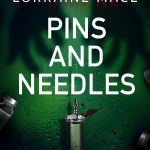 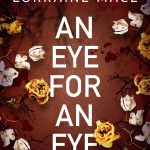 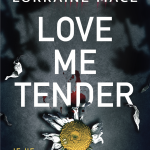 A quick apology first: I put August 1 on my calendar and never double checked until starting to write this review when I realized that all of the publicity said July 15. I am really not sure how that error occurred but I take full responsibility and my apologies to tour organizer Anne Cater and author Lorraine Mace.

Detective Inspector Paolo Sterling leads a team of homicide investigators for the Bradchester police department. When the first book begins, he is newly divorced, father to a teenage daughter, and saddled with a new Detective Sergeant who is the nephew of Paolo’s boss. His ex-wife despises him, blaming him for the death of their other daughter almost as much as he blames himself.

Like so many other English (and American, and French, etc.) communities featured in mystery novels, Bradchester seems to attract an inordinate number of serial killers, child traffickers, and assorted other criminals–at least enough to (so far) fill five books and hopefully more to come. DI Sterling and his team have plenty of personal drama and personnel conflicts to make these books much richer and more involved than your average police procedurals. The writing is stellar, the crimes and both heinous and nuanced, and all of them kept me guessing until late in the books. Bradchester may be a dangerous place to live, but it is certainly filled with intrigue and drama. 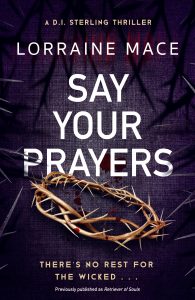 D.I. Paolo Sterling has a number of challenges in his life. His new Detective Sergeant is a misogynistic womanizer and has successfully antagonized every female member of the team. The young man is a nephew of the chief, though, so he is basically untouchable. His ex-wife utterly despises him. He had a brief post-divorce affair with the coroner which complicated their working relationship. His daughter is on the verge of being expelled from her Catholic school, where both the priest and the school-board head were high school classmates of his. And his latest case just blew up when the witness (who was also the victim) disappeared.

Then, the bodies of young women begin turning up. These women have been brutally beaten and strangled. The killer meticulously washed the bodies after death, removing all traces of his DNA with one rather unusual exception which I will let you discover in the book itself. They soon learn that these women are prostitutes, and one of the victims is their missing witness.

Obviously attention turns to the defendant of the other crime, a notorious gangster known for prostitution and other rackets and for his violent enforcement of his will. Despite Sterling’s distaste for the man (and his lawyer), these crimes do not seem to fit the thug’s profile. As the number of victims increases, the pressure on the team to solve the case grows.

Then the case becomes much more personal than anyone could have imagined. 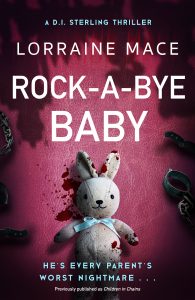 An informant has been calling DI Sterling with tips on the movements of young girls smuggled into the country for abuse by pedophiles. Her most recent tip did lead to two arrests, but the criminals were smuggling cigarettes, not children. And the informant has gone silent. Sterling assumes she is dead and the gangster, known only as “Joey,” is continuing his work while thumbing his nose at the police.

When one child escapes and is taken to the hospital, hope arises among the police that it may be the breakthrough they need. Those hopes are crushed, though, when Joey finds the girl and the police are left to wonder whether someone within their own department is giving him information.

Lorraine Mace looks very directly at social ills facing our world. Child sex trafficking is a vile and brutal reality in our world. Like many other evils it is one that directly exploits the poor for the sake of the rich. Little girls (and boys) are stolen from impoverished countries–sometimes sold by their own parents who face the horrible calculus of deciding which child to feed and which child to abandon. Then they are left to the sick perversions of wealthy men, almost entirely men, who live in richer countries. Drugged into compliance, forced into addiction, terrorized by threats to themselve or the families they left behind, these children are brainwashed into thinking that all police are evil, that there is no escape, that they somehow deserve the treatment they are receiving. Even when they are rescued, residents of wealthy nations often prefer to ignore the perversities of their neighbors and blame “the immigrants” for their own victimization. 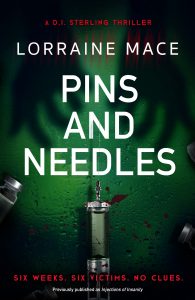 A prominent psychiatrist is found dead in his home, seemingly from a heart attack. The police, though, are sure it’s murder because the killer left an envelope with a horrifying message: 1 of 6. Exactly one week later, a wealthy surgeon is found in his car with a similar message: 2 of 6. Then, another week, another victim. Word gets out to the press about these messages and the pressure on D.I. Sterling and his team grows exponentially.

But there is no obvious connection between the victims. The psychiatrist and the surgeon did not share any patients. The barrister and the solicitor worked on numerous cases together but nothing connects them to the two doctors. Clearly there is a pattern in the mind of the killer, but unless the police can figure it out quickly, the killer is likely to use his last envelope.

One ongoing theme throughout this series is DI Sterling’s personal life. He and his ex-wife were high school sweethearts. Their relationship was loving, passionate, and wonderful. When a criminal aimed his car at Sterling intending to run him over, his daughter Sarah pushed him out of the way and took the hit. Sterling’s wife, Lydia, blamed him for the death. He blamed himself as well. Through the first two books, Lydia absolutely loathes Paolo, barely able to be in the same room with him. They try a reconciliation between books 2 and 3, but it only lasts for about six months.

Sterling, now living alone, has started dating a psychiatrist and things have intensified. They are not living together, but they are spending a lot of time together and Sterling is finding some long buried joy. His daughter Katy has also begun dating, a fact neither parent is quite willing to accept. Children grow up, relationships develop, and lives change. Sometimes lovers become antagonists and rivals become friends.

An Eye for an Eye 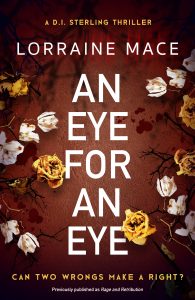 A man is found dumped. He is barely alive. Doctors quickly determine that he has been tortured and raped, repeatedly, over several days. Although he is clinging to life, lying in ICU in a coma, DI Sterling and his team land the case alongside another urgent criminal matter: the defacing of a plaque with lipstick.

OK, some crimes seem to have more urgency than others.

When the investigation into the vandalism exposes some financial crimes and the investigation into the injured man finds additional victims, the team starts feeling additional pressure from both their superiors and from the press. This pressure is particularly felt by one of Sterling’s detective sergeants, who is also planning his wedding and trying to prove himself as a good cop to those who believe his position is solely through nepotism. 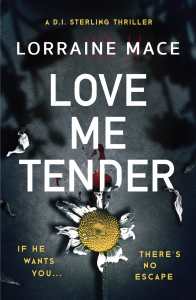 Sterling’s ex-wife does not often call on him for detective work. When a friend from work believes she is being stalked, though, Lydia asks him to look into it. Tragically, before he is able to do anything, the woman is violently murdered in her own home.

A local club seems to be the source for drugs flowing into Bradchester. The daughter of an MP dies from an overdose, so the pressure is on to find the source and arrest the dealers.

And while the team is still reeling from the tragedy that ripped away one of their own, a poisonous personality within the department is seeking to use those wounds to tear the team apart.

Sterling finds himself dealing with personnel problems both from below and above while also trying to find the dealers poisoning the streets and the murderer of a young woman. When a friend of the murdered woman disappears, the team fears the worst. And when one of their own is hospitalized after taking a beating, is it possible that the team can no longer handle the pressure on them?

This is much more than “just” a series of detective stories. Yes, the criminals are violent and twisted. The plots are complicated and not easy to unravel. The writing is intense and evocative. Most of all, though, this is a book about people. Broken people trying to heal. Broken people surrendering to their brokenness. There are clearly good guys and bad guys, but not all of the good guys are all that good and some of the bad guys have a moral foundation for their crimes–albeit, not the kind of morality that promotes community! When rapists are themselves tortured and raped, is that a form of justice? When people who callously ruined lives are themselves the targets, have they gotten what they deserve? These are not questions easily answered unless the stakes do not matter to the answerer. But when it is your daughter raped or your husband murdered or your colleague attacked, the answers become less abstract and more complex. Lorraine Mace does give some answers to these questions, but she leaves plenty of room for readers to reach different conclusions. Her Bradchester may not be the quietest of communities. It is definitely a compelling place to consider greater issues of right, wrong, and justice. 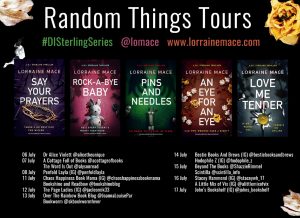 Our thanks to Anne Cater of Random Things Blog Tours for our copy of the five books in the DI Sterling series, provided for our participation in the blog tour. (And our profound apologies to her and to author Lorraine Mace for messing up the date!) The opinions here are solely those of Scintilla. For other perspectives on these books check out the other bloggers on the tour.