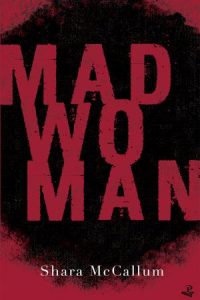 Shara McCallum is a professor at Penn State University. Named as the university’s 2021-2022 school year “Laureate,” she has been working diligently to raise awareness and appreciation for poetry in our community and our state. Her weekly feature on WPSU radio, Poetry Moment, shares the work of Pennsylvania poets with the listeners of this public radio station. A native of Jamaica, she now makes central Pennsylvania her home.

Madwoman is a collection of her poems published in 2017. Many of the poems include the word “Madwoman” in their title. McCallum has said that the madwoman of the book is a voice within her own mind, a voice that sometimes frightened her because of a family history with mental illness. The poems are semi-autobiographical, but they are primarily reflections of her own mind during different stages of her own life rather than an actual memoir. Following a general progression from childhood to adulthood to motherhood, Madwoman weaves memory with myth, Patwa (the Jamaican dialect) with more standard English, and challenges of racial identity and the immigrant experience.

The imagery is sometimes breathtaking and often heartbreaking. McCallum herself has faced the struggles of a Jamaican living in the US, the struggles of a biracial woman in a racially charged society, the struggles of a child dealing with a parent’s mental illness. These themes inhabit the poems, giving them both pain and power. It is a rare person who can incorporate Rastafarianism with the Greek myth of Medusa; it may require a poet who has been immersed in multiple worlds and is informed by all of them.

Although the poems reflect pieces of her own life, they are viewing it through a kaleidoscope of imagery, myth, and distance. Rather than obscuring the view, that imagery enhances it. Humans are much more than the bare facts of our lives: born in this place, grew up in that place, etc. We are constructs of our own stories, defined by our own interpretation of the world which may be quite different from what anyone else is seeing. By turning this lens upon herself, McCallum gives us insight into how she sees the world. It is beautiful and haunting, grim and amazing. Madwoman is a gift of a poet’s soul. It’s quite possible that greatness walks hand in hand with madness. That certainly seems to be the case with this collection.