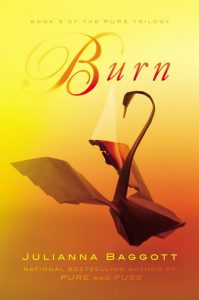 I read this book in the midst of worldwide protests following the murder of George Floyd in Minneapolis, MN. George Floyd was knelt on by a police officer for more than 8 minutes, pleading for air, until he died. No doubt the impact of his death was heightened by the video of his last minutes, the seeming unconcern of the other officers there, and the fact that the coronavirus has people locked down in their homes with little to do other than watch the news and follow social media.

Don’t misunderstand me. George Floyd’s murder was absolutely horrible. Noting that the response was enhanced by these other factors is not at all minimizing the gruesome and terrible killing of a man. My regret is that these conversations have not been taking place nearly often enough. George Floyd was neither the first nor the last African American to be killed by police using force disproportionate to the alleged crime.

What does that have to do with this book? Many of the protesters have suggested “defunding the police.” Essentially they look at a system full of racism and bias and want to burn it all down. Protesters in Seattle even took over a section of the city and declared it to be a “cop free zone.” They wanted to prove that they could run the area just as well without the police as it had been with the police. Unfortunately, their experiment ended in failure. Robberies and murders happened within their zone. Eventually the police moved in and cleared the protesters from the area. Many had already left on their own, disheartened by the crime that plagued their would-be utopia.

Any time you burn something down there will be consequences. Burn a house and people are left homeless. Burn a forest and animals are killed. Burn an institution and jobs are destroyed. The result may be better in the long run: a nicer house, new growth in the forest, new business opportunities. But the pain and suffering the short term is real.

Burn starts with Pressia in Ireland and with Partridge in the Dome. Partridge has become the leader of the Dome. He is hoping to reform it from the inside. In Ireland, Pressia is given something that can utterly destroy the physical structure of the Dome. If she does, though, people will die.

Can a people so entrenched in a behavior truly reform? Partridge wants to believe they can. But he is opposed in his reform attempts by both enemies and friends. His enemies want no reforms, no compromises, no changes. His friends think that any changes must be more gradual, more gentle, more subtle. Isn’t that always the tension when it comes to reform?

On the other hand, can an oppressed people ever accept the reformation and redemption of their oppressors? Bradwell will never accept that the people of the Dome have changed. Nor does he want to accept it. They killed his parents, they deformed his body, they’ve attacked his friends and himself. They deserve to suffer and die. He has no problem destroying the Dome. Pressia is not so sure. She also has lost family, been deformed, survived personal attacks. But if the Dome and the outside can work together, she believes they all stand a better chance moving forward in a damaged world.

Ultimately, though, the fate of the Dome is in her hands. Will she share Partridge’s vision of a reformed people sharing their technology with outsiders? Or will she accept Bradwell’s cause and burn it all down?

Burn was written well before the troubles of our times, but it may be the most timely book I have read. I am sure Julianna Baggott did not intentionally write a metaphor of police reform and black lives, but the questions asked in the context of this book are as current as today’s newspaper.