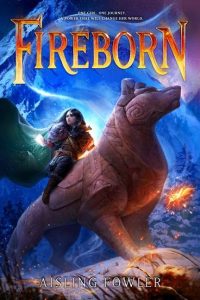 I grew up reading some marvelous fantasy series that had been completed long before I found them. The Hobbit/Lord of the Rings followed me home from the library when I was in about third or fourth grade. By that time the books were decades old, though clearly timeless as they moved gracefully into the movies this century. The Chronicles of Narnia and The Wizard of Oz also were venerated classics long before I began reading. OK, long before I was born.

That was part of the excitement that accompanied the releases of the later Harry Potter books. We recognized that a classic of children’s literature was being created in real time, as we waited, and Harry and Hermione and Ron and Ginny grew up along with our own children (those of us who are of a certain age).

There is no way to know this sort of thing before it happens, but Fireborn: Twelve and the Frozen Forest has the feel of a possible classic. Aisling Fowler has created some brilliant characters and populated a magical new world with monsters and villains worthy of her protagonists.

Twelve is a young woman who has become a “Huntling.” She is in training with a cohort of others around her age who have left their families, their clans, their old names in order to train to become Hunters, people who are apart from any one clan to fight monsters and maintain order. Twelve is extraordinarily gifted in weapons and fighting. She is extraordinarily bad at connecting with others. The one person who tries to be her friend is another girl, Seven, who is as absurdly bad at fighting as Twelve is good.

Twelve, though, has a secret. She does not want to become a Hunter. She wants to exact revenge against the people who killed her family. The Hunters are the best warriors in the land, so she hopes to take the skills she learns and use them to kill the clan that fought hers. Hunters are supposed to be independent of any clan and willing to help any in need. Twelve has no intention of fulfilling that role.

When Goblins overrun the academy where Twelve is studying, they capture Seven and kill the senior instructor. Twelve decides to pursue and rescue the closest thing she has to a friend. The journey leads to finding unexpected allies, facing incredible dangers, and ultimately finding Seven in a most unexpected place. Along the way, Twelve also has to confront her past and her present, revisiting her intentions and her choices, acknowledging her guilt and her bitterness.

This is a book intended for younger readers, so older readers will see some of the plot lines developing. Honestly, though, some of the joy of this novel is seeing how well those expectations get met. Fowler delivers at every turn. 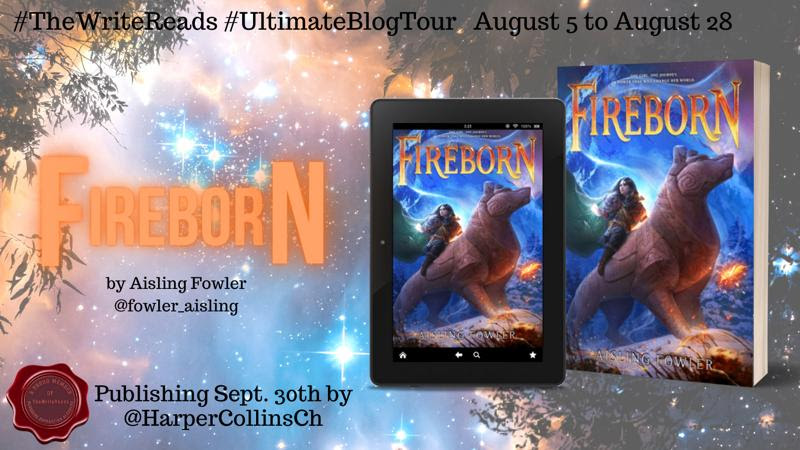 Our thanks to Write Reads Blog Tours for our copy of Fireborn: Twelve and the Frozen Forest given in exchange for our review. The opinions here are solely those of Scintilla. For other perspectives on this novel, check out the other bloggers on this tour.

One thought on “Blog Tour: Fireborn: Twelve and the Frozen Forest, Aisling Fowler”