Author Spotlight: Robert B. Parker–Adding to the Legacy

Someone to Watch Over Me by Ace Atkins 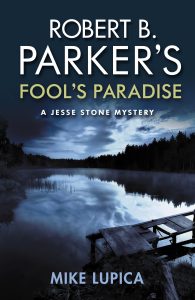 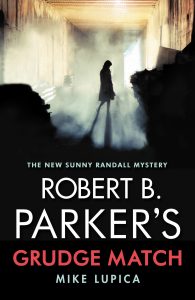 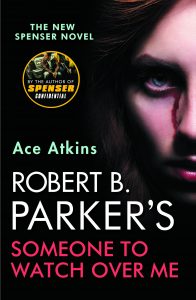 Some twenty-five years ago or so I started reading some of the old-school masters of noir and hard-boiled detective fiction. In what I now acknowledge to be an incredible oversight, I did not include the works of Robert B. Parker in that collection. Sometimes I amaze myself with my ability to go thirsty in the middle of a spring-fed lake.

Parker took the best from those writers and brought it forward in time and perspective. His characters were as terse and dark and tortured as any from Dashiell Hammett or Raymond Chandler. They could drink a bar dry, they could consort with the devil and walk away with only the smell of smoke, they could turn hearts faster than they could spill blood–and they could do both very quickly. But unlike some of those earlier detectives, they lived in a different and diverse world. Spenser’s girlfriend is Jewish, his best friend is black, and his police liaison is gay. Jesse Stone is a recovering alcoholic. Sunny Randall’s best friend is a gay bar owner who is an expert marksman. These are characters living in a modern world, committed to righting wrongs and protecting the innocent, open to friendships with people of different backgrounds, aware of their own limitations and humanity.

The three books featured in this tour are not “by” Parker, but they take his characters and his style and pay homage to their creator in both substance and atmosphere. Mike Lupica is the author of Fool’s Paradise, featuring Jesse Stone, and Grudge Match, featuring Sunny Randall. Ace Atkins continues the Spenser series with Someone to Watch Over Me. All three books successfully bring Parker’s characters from the 1970s, ’80s, and ’90s, and make them at home in a very contemporary Boston.

Calling the three books a “Robert B. Parker Showcase” is an absolutely perfect description. The authors capture the spirit of the characters and effectively use the Boston area as a powerful setting for the action. Twists abound. Red herrings are on the menu. Plenty of booze flows through two of the books, and plenty more is longed for without being consumed in the third. Hard men and women take direct action with their fists and their guns, and sometimes the bad guys are the good guys in disguise. I hope I can be forgiven for picturing Tom Selleck as Jesse Stone and seeing Avery Brooks in my mind every time Hawk is featured, but since those actors played the characters during the lifetime of Parker, the fact that these tribute novels evoke the same images in my mind is a sign of how well they were done.

Lupica and Atkins are excellent writers and they have made Parker’s creations their own. I now definitely need to go back and check out some of the original works. If I didn’t know better, though, I would have assumed these were lost novels that had just been discovered. This trio of books is one that should please almost any reader. 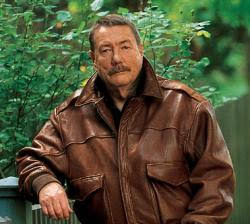 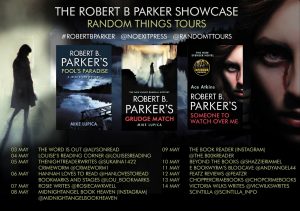 Our thanks to Anne Cater of Random Things Blog Tours for our copies of Fool’s Paradise, Grudge Match, and Someone to Watch Over Me, given in exchange for our participation in this blog tour. The opinions here are those of Scintilla. For other perspectives on one or more of these novels, check out the other bloggers listed above.

One thought on “Blog Tour: Robert B. Parker Showcase”