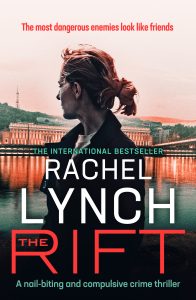 Helen is a British military investigator, charged with securing the safety of the Ambassador and the Prime Minister during a summit at Versailles. Khalil is a wealthy Algerian businessman who works hard to earn an honest living trading goods from North Africa to Europe. Fawaz is a Moroccan businessman who works just as hard trading illicit goods, including drugs and sex slaves, from North Africa to Europe. Grant is a former officer in the British army who now works for Khalil to secure his business interests. And Hakim is Khalil’s oldest son.

These diverse characters come together in Rachel Lynch’s brilliant crime thriller The Rift. As the summit approaches, investigators begin to worry about the activities of Fawaz. Although there is no known reason to suspect that he has any designs on the summit, the fact that a known criminal has stepped up his activities in recent days is concerning. Even more concerning: Hakim has disappeared and likely has been kidnapped.

As the plot develops, we learn that parenthood is a critical component tying all of these characters together. Fawaz is taking actions motivated by the loss of his oldest son, Rafik. Khalil is desperate to save his son Hakim, and is willing to do anything to retrieve him safely. Helen is mourning a loss of her own, a loss that motivates her to find Hakim. Grant is also propelled by both personal and professional motivations, eager to help his employer but also eager to put ghosts from his own past to sleep.

Part thriller, part crime novel, and part family drama, The Rift has an exciting plot driven by some strong characters. Fawaz is a criminal but his actions in this novel are largely driven by the unresolved loss of his oldest son. Khalil is a good man who is willing to allow criminal activity if it will save his son. The investigators cannot gain traction on their case until they understand the mindset of those involved. It leaves them and the readers questioning just how far they would go to prevent or avenge the loss of a child.

Rachel Lynch has written a series of detective novels, but this book is a standalone work (or possibly the introduction to a new series–at least, one can hope!). Helen is a compelling protagonist, smart, determined, far from perfect, completely focussed on her job–sometimes to the detriment of her personal life. Many of the other characters in the book also bring strong personalities to the novel, perhaps strong enough to carry them into future novels. Either way, The Rift is an excellent read that runs much deeper than many crime thrillers do, exploring issues of loss, family, morality, racial and gender biases. It is fun and exciting and worth the time. 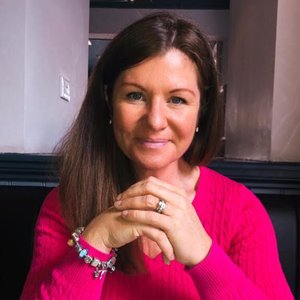 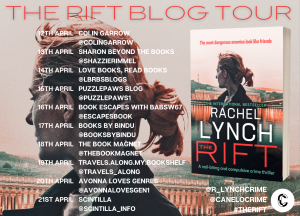 Our thanks to Emma Welton of Damp Pebbles Blog Tours for our copy of The Rift, given solely in exchange for our participation in this blog tour. The opinions here are those of Scintilla. For other perspectives on this book, check out the other bloggers on the tour.

One thought on “Blog Tour: The Rift, Rachel Lynch”