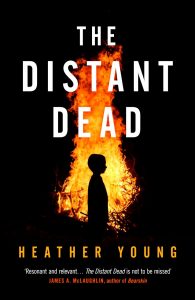 Some books explode off the page, igniting each chapter with action and adventure, clues and thrills, rising body counts and passionate acts of love.

The Distant Dead, by contrast, smolders. Like the proverbial frog in the kettle (yes, I know the story is wrong), the temperature rises slowly, simmering into a roiling boil by the end of the novel.

The story unfolds from three perspectives. Sal is a middle schooler, aged 11 and 12 in the course of the novel, who finds a body along the side of the road on his way to school. Sal reports the body to the local EMT, Jake, the second point of view in the novel. Jake calls the police and despite the complete destruction they are able to determine that the victim was Sal’s math teacher, miles from his home for reasons unknown. Another teacher in the school, Nora, has become the closest thing to a friend that this teacher had found in the small town, and she takes it upon herself to look into the presumed murder of her friend when the police seem to be at a loss.

Through flashbacks to the mentor/mentee relationship that the deceased teacher had with Sal, and current progress in the investigation from Nora and Jake, we learn much about these characters. Sal is an orphan, his mother having died the previous year. Mr. Merkel was a new teacher in their small town and became a caring father-figure to Sal, eating lunch with him and teaching him chess. (Although there are problematic elements in their relationship which are revealed in the novel, please note that there is no hint of physical or sexual abuse between these characters.) Their relationship seems to give as much to Mr. Merkel, who we learn had lost his own young son in a tragic accident. Jake had been in love with Sal’s mother ever since high school, despite her never having accepted even a date from him. Although he is not connected to Sal, he feels very protective of the boy and his mother, to the point of lying about the cause of her death in order to protect her memory. And Nora and her father are dealing with their own twin blows of grief, the death of their wife/mother to cancer and the death of his son/her brother in a car accident. Nora’s father was the driver, drunk, who went off the road in the single car accident.

The mystery revolves around the death of the teacher, but these other deaths hang over the story like a cloud. Jake finds a connection between the deaths of Mr. Merkel and Sal’s mother, one he is reluctant to reveal for fear of its implications. Nora’s anger at her father for the death of her brother is matched only by the anger he holds toward himself. And Sal himself stands as both a participant and a watcher, knowing more than he wants to say and revealing less than perhaps he should.

Heather Young weaves through her story both the horrors of America’s opium epidemic and the desperation found in many dying small towns. Sal’s family has been tied to their land for over 170 years, which is extraordinarily long anywhere in America but particularly in the Nevada setting of the novel. Nora escaped the town briefly to attend college, but was pulled back after her brother’s death to care for her father. She would rather be almost anywhere else in the world. By contrast, Jake lives with his mother and cannot imagine living anywhere else in the world. Reliving old glories of high school victories, knowing everyone else’s business and their family histories, looking down on those from other small towns no more desperate than their own but still considered lower in status. Although I grew up in suburban Denver, I felt a profound connection with these fictional residents of a small desert town not dissimilar from forgotten plains communities in the shadows of the Rocky Mountains.

The beauty of this book is not in the resolution of the mystery, although the plot is intricate and the denouement comes with several twists. The beauty is in the unforgettable characters and the choices they face between forgiveness and bitterness, between survival and self-destruction, and between pursuing future dreams and trying to recapture past glories both real and imagined. This is a book that may smolder its way into a white hot memory. 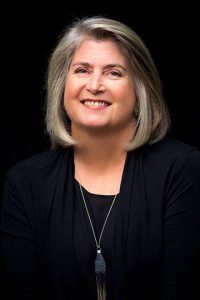 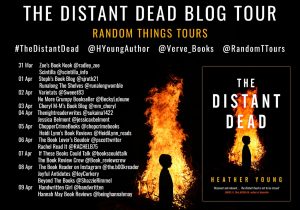 Our thanks to Anne Cater of Random Things Blog Tours for our copy of The Distant Dead, given in exchange for our honest review and participation in this blog tour. The opinions here are solely those of Scintilla. For other perspectives on this novel check out the other bloggers on this tour.

One thought on “Blog Tour: The Distant Dead, Heather Young”