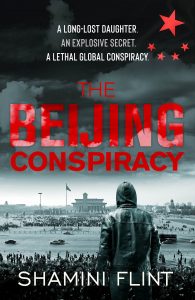 Jack Ford has given up. A former CIA agent in China during the Tiananmen Square massacre, later an Army Ranger and Delta Force operative with three purple hearts, he is done with the military, done with the government, perhaps done with living. His best friend is now a bottle of whiskey. The world has not changed because of anything he has done. It can roll on without him.

Then he gets a letter. A woman he had loved in Beijing, a woman he had tried to forget, has sent him a picture of her daughter. Their daughter. A daughter he did not know about. And suddenly, Jack Ford has a reason to live. His daughter may be in danger and Ford is not going to sit back and do nothing.

Shamini Flint may be based in Malaysia, but she has come up with a quintessentially American hero. Jack Ford is a patriot but not an unthinking one. He loves his country but is not necessarily fond of or confident in his government. Particularly when that government is led by an unnamed president with a bad combover, a fixation on looking strong, and a deep desire to be loved by his MAGA base.

Not that this president is based on any actual American president. This Republican president has a female vice president, so clearly this is one created out of whole cloth by the author. Clearly.

Anyway, Ford flies to Singapore to meet with an old CIA buddy. Peter has gathered information on the mother and the daughter. Immediately after giving the information to Ford, though, Peter is murdered by Chinese operatives seeking to take a briefcase from him. They were not counting on Ford being there. He intervenes, taking the briefcase at Peter’s dying insistence and escaping into the streets of Singapore. In the briefcase is a secret memo, smuggled from China, one which could change the world if it got out.

The last place the Chinese would look for the memo is Beijing.

Ford is cut from the same cloth as many other thriller heroes. Flawed and cynical, yet rising to the challenge when his country or his family needs him. Quick and accurate with weapons, deadly with his hands, confident and intelligent. Flint has found a formula that has worked well for others and uses it wisely.

What she does bring to the table is a deep personal knowledge of Asia. Far too many thrillers written by Westerners show Asians without subtlety or depth. They are foils to be used and discarded as the writer and hero have need. Although Ford is the protagonist, the other characters, particularly the Chinese characters, have depth and agency. The daughter is courageous and resourceful. Her mother is complex and enigmatic. The machinations within the Politburo and the White House involve fear and revenge and patriotism and a lust for power. Perhaps only two of the characters, General Zhang for the Chinese and the US President could be described as stereotypes.

Not, of course, that the fictional US President is anything like a certain former occupant of the position who is living in Florida now. 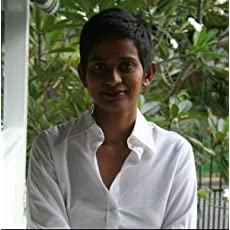 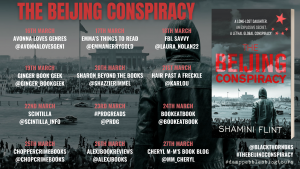 Our thanks to Emma Welton of Damp Pebbles Blog Tours for our copy of The Beijing Conspiracy, given solely in exchange for our review. The opinions here are those of Scintilla. For other views on the book, check out the other bloggers participating in this tour.

One thought on “Blog Tour: The Beijing Conspiracy, Shamini Flint”