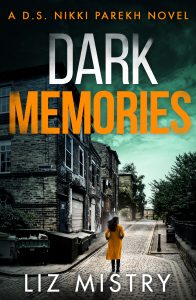 Nikita “Nikki” Parekh does not like to talk about her childhood. Her life is in a good place now. A respected detective, a wonderful family, colleagues she enjoys, she has come a long way from the trauma that shaped her early years.

When she is called to investigate the murder of a homeless woman, a “rough sleeper” as they are known in Britain, Parekh’s past comes crashing into the present. The woman was a friend of her mother’s in those old days, days when her mother was physically and sexually abused. Their paths had diverged, but at a vulnerable time this woman was there for them.

Still, there is no reason for DS Parekh to think the crime is related to her in any way. That is, until an article about the murder is sent to her along with a child’s diary entry. Why was it sent to her? How might this relate to her past? And can she continue the investigation in the present if she is so close to the situation?

Liz Mistry writes novels with impact on many levels. Nikita Parekh is a very believable character. She is biracial, close to her Indian-immigrant mother and estranged from her white father. Her family embraces their multiculturalism. She is a smart and dedicated detective. She also struggles to overcome her internal struggles. Sometimes her coping mechanisms are effective. Sometimes they are not and she turns to self-harm or alcohol. In addition to a sharp plot with very abrupt twists, Mistry invests a lot of care into her character. The investment pays off handsomely.

Britain, like the U.S., struggles mightily with issues of racism and integration. That theme plays out in Dark Memories, but what stands out to me is the celebration of multiculturalism. Parekh is not Indian. She is British–but she does not ignore her heritage. Her police partner is a gay British man of Arabic/Muslim heritage. Characters in the book do not fit into cultural or racial stereotypes. They fully embrace being British, they fully embrace what their families brought to the country, and they fully chart their own paths. Being part of a multiracial family myself, I can appreciate both the challenges and triumphs Mistry writes about.

Nikita Parekh is a wonderful character inhabiting an often dark world given light by the people she loves. The plot is smart and satisfying. Dark Memories is a terrific addition to what is becoming one of my favorite series. 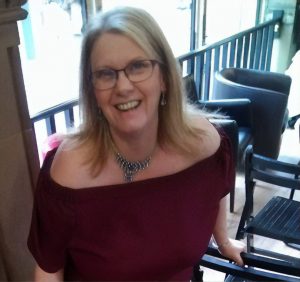 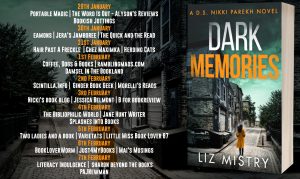 Our thanks to Rachel Gilbey of Rachel’s Random Resources Blog Tours for our copy of this novel, given solely in exchange for our participation in this blog tour. For other perspectives on this book, check out the other bloggers on the tour. The opinions here are solely those of Scintilla.