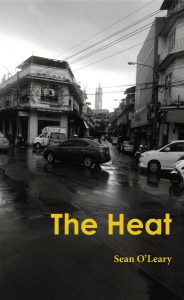 Jake is trying to pull his life together. He came to Darwin, Australia, fleeing a broken relationship and a drug addiction. He is estranged from his father, has not spoken to his sister for a long time, and has no idea where his mother disappeared to. Still, he has found a steady job, sort of has a relationship with a Thai prostitute named Angel, and has cut his drug use down to alcohol and marijuana. He gambles more than he should but less than he did. He lives at the YMCA, but he’s seen worse. He doesn’t fight as much, doesn’t get arrested as often, and is trying to move in a more positive direction.

Then, Angel is murdered.

Suddenly Jake’s life begins spinning out of control. He is convinced that Angel’s pimp is the one who murdered her. The police are not very interested in solving the murder of an immigrant prostitute, though. The pimp, though, is very interested in finding where Angel has stashed the money she was saving, money that is intended to help her mother and her daughter back in Thailand. She has told Jake where the money is hidden, and it is up to him to retrieve it and get it to her family back home.

The Heat feels like a murder mystery, but it really isn’t. It is the story of Jake and his response to possibly the greatest crisis of his life, a life which has had plenty of crises, most of them self-made. Heat is an ever-present reality in the book. The temperatures in Darwin and then in Bangkok are high. So is the pressure on Jake, from fighting his inner demons to reconciling with his past to confronting Angel’s pimp.

One thing I loved about this book was its forthright exploration of the role mental illness plays in Jake’s life. Jake is on prescriptions to control his moods. He also self-medicates. A lot. As one who has long experience with mental illness (though fortunately little with self-medication) I found Jake’s acceptance of his own condition to be very realistic. Mental illness is deceptively dangerous. When you are on medicine, you feel like you are better. The temptation is to stop taking the medicine. Of course, then the disease steps back in and starts to reassert itself on your life–but part of that process is the disease convincing you that your previous clarity was not real, that you cannot get better, that medicine makes no difference. My journey is much less chaotic than Jake’s, but there were enough connections there for me to see myself in the character. When an author gets mental illness right, it makes a real difference to all of us who experience that trauma personally.

Sean O’Leary takes us through a Darwin and a Bangkok that their departments of tourism would prefer we not see. Our tour guide is a rough character who has made plenty of mistakes in his day. The result is a gritty novel with an unforgettable protagonist who powers through The Heat with a determination to be a better man. 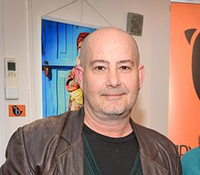 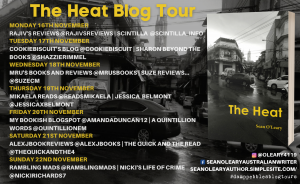 Our thanks to Emma Welton of Damp Pebbles Blog Tours for our copy of this novel in exchange for our participation in this blog tour. For other perspectives on The Heat check out the other bloggers who are part of the tour. The opinions here are solely those of Scintilla.

One thought on “Blog Tour: The Heat, Sean O’Leary”