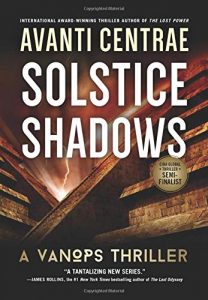 Solstice Shadows starts with a bang. Almost literally. Maddy Marshall walks into her apartment and immediately comes under fire. An unknown burglar is searching her home and waiting for her return.

Surviving the attack, Maddy finds that the burglar has stolen a star chart, one that might lead to a source of incredible power. If it falls into the wrong hands, this meteorite composed of a superconductive mineral not found naturally on earth could enable the completion of a quantum computer that could devastate the US economy and throw the world into chaos. The VanOps team, including Maddy’s boyfriend and her twin brother, determine that protecting Maddy and finding that meteorite have now become their primary mission.

In a fast-paced adventure that takes members of the team from the US to Jerusalem, Mexico, Belize, Morocco, Sudan, Turkey, and finally Jordan, Maddy and her companions flee not one but two separate assassins in their quest to find the hidden meteorite. Along the way they pick up help from an Asian-Irish operative, an archeologist/astronomer, and a mysterious organization that has been protecting the world for centuries.

There are definitely elements of fantasy or science fiction in this story, written recently enough to include references to the COVID pandemic. However, most of it is pulled from the international thriller playbook, with secret semi-governmental agencies, secret trans-national organizations, ruthless assassins who don’t shy from collateral damage, dangerous and powerful figures pulling the strings behind the scenes. That is not to say it is bad. This is a book clearly by a thriller fan and for thriller fans. The science is well-researched, the place descriptions feel authentic (since I’ve not been there myself I can only judge by how they made me see them in my mind’s eye), and the characters have the complexity to make them interesting.

Solstice Shadows is definitely a book for fans of the thriller genre. I can see why some reviewers have compared it to Dan Brown’s works with its spiritual and mystical elements. At its heart, though, it is a small team racing to save the world and their own lives from ruthless state actors. Bring the popcorn, relax in your easy chair, and get ready for a rollercoaster ride. 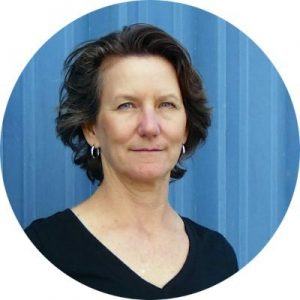 Our thanks to Anne Cater of Random Things Blog Tours and to author Avanti Centrae for our copy of this book, given solely in exchange for our review. The opinions are solely those of Scintilla.