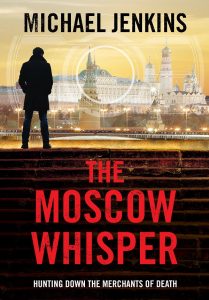 Former Agent Sean Richardson knows Her Majesty’s government will call him back into service. A secret agent, no longer officially part of the intelligence community, Sean is used by his handler Jack, leader of The Court, to do things no one else can do. He is deniable, invisible, and expendable.

Jack is hearing whispers of a new arms smuggling group, one with connections to the Kremlin as well as to mercenaries and insurgents in Africa. He has learned of a secret meeting to broker a deal and has managed to get eyes and ears on the meeting. What Jack does not know is that another player also knows about this meeting, one who reacts violently to threats on his trade.

Sean always answers the phone when Jack calls. This time, though, it is with the gravest of news. Sean’s best friend has been killed. Another friend barely escaped with her life after being shot. There is a possibility that a mole exists that knows the darkest, best kept secrets of The Court and is sharing them with enemies.

Oh, and a Russian agent that Sean had captured some years ago has escaped and is looking for revenge.

Michael Jenkins’s novels are pure adrenaline. Sean Richardson is an unpredictable character, damaged goods, emotionally unstable and close to the edge psychologically. Although in this book he holds himself together much better than in the previous novels, there is a pain and vulnerability that clouds his every move. Aside from a few long-term friends whom he relies on, his relationships are tempestuous. Willingness to go off book means he gets things done. It also means that his London handler is not always sure just what he will get done.

One of the advantages of reading a series from the beginning is seeing the growth in the author’s writing. The Moscow Whisper is the best of the three novels (so far) in this series. Jenkins writes with more confidence and a better sense of himself and his characters. I suspect that skill will further develop as he adds more books to his collection. 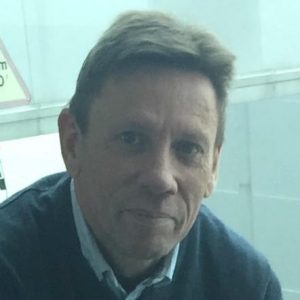 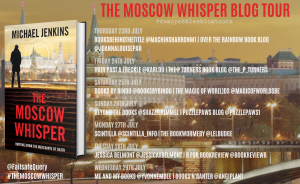 Our thanks to the amazing Emma Welton of Damp Pebbles Blog Tours and to author Michael Jenkins for our copy of this book, provided in exchange for an honest review. The opinions are, as always, solely those of Scintilla.Info.

One thought on “Blog Tour: The Moscow Whisper, Michael Jenkins”