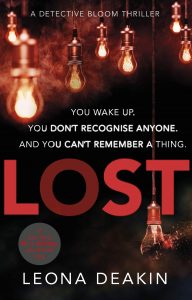 An explosion at a military ball leaves several dead and many others injured. Eight ambulances carry victims away from the blast. Only seven arrive at hospitals. Commander Harry Peterson has disappeared.

His girlfriend calls her old friend, Dr. Augusta Bloom, for help. Dr. Bloom brings her one-time partner, Marcus Jameson, formerly in MI5, in to help. The two of them begin looking through Commander Peterson’s life trying to find clues about who might have taken him.

Then, Peterson appears in a hospital about an hour’s drive away from the site of the explosion. Bloom and Jameson hope that he will be able to answer their questions, but he cannot. His memories from the last four years are missing.

While trying to find out what happened to Peterson, an attempt is made to kidnap him from the hospital. Peterson’s cousin is also found murdered in France. Bloom and Jameson realize they are in a race to discover who wants Peterson and why Peterson’s memory was erased before he is captured and something worse happens.

The point of view shifts mostly between Bloom, Jameson, Peterson, and his girlfriend Karene Harper. Each of these characters has a distinctive voice and perspective. Bloom and Jameson worked together for many years, but their previous case led to a falling out that threatened to rupture their partnership forever. Only the intrigue of a missing naval commander can compel Jameson to work with Bloom again. Peterson is a good and decent man, frustrated at his circumstances and willing to do almost anything to find the answers. Harper has in some ways lost the most: she and Peterson had been together only eighteen months and all of his memories of her are gone. The characters are very well conceived and given a lot of depth. Author Leona Deakin has put together a brilliant small ensemble of characters whose reactions and emotions read as truly authentic.

This mystery/thriller stretches current science a bit with the specificity of the memory erasure. However, it is a small stretch as the author has done a lot of research. In recent years a violinist had brain surgery which could potentially have destroyed their ability to play. The surgeons performed the surgery while the patient was awake and playing their instrument, using instruments to measure and avoid the parts of the brain that were being used while playing. Perhaps the time will come soon when instead of avoiding areas surgeons will target sections that are being used to hold memories of trauma or secrets.

Deakin’s plot is smart. Twists and turns abound. There is plenty of action but a lot of the plot is cerebral, with both the characters and their enemies using their wits more than their muscle. There are plenty of surprises left for the end and the reader gets to conclude some of the story lines with their own imagination as they are left open to interpretation.

Lost is a great read, well written and tightly plotted, with believable characters and thoughtful dialog. I truly enjoyed it and now want to go back and read the first book in this series. 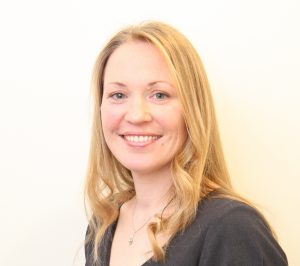 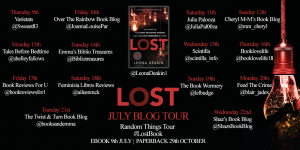 Our thanks to Anne Cater of Random Things Blog Tours, publisher Transworld/Black Swan, and author Leona Deakin for our copy of Lost in exchange for our honest review. Check out the other bloggers on this tour for additional perspectives. The opinions here are strictly those of Scintilla.Info.