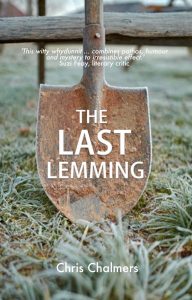 In 1987, Leo Sanders works in a garden shop during the week. On weekends, though, he is a cryptozoologist, scouring Britain for legendary, obscure, and undiscovered creatures. His great hope is to find the elusive “Beast of Exmoor.” To that end he and his long-suffering wife trek to Exmoor weekend after weekend so he can tromp through the area looking for signs and setting up camera traps.

Fast forward several years into the future and Leo Sanders is now known as “Professor Leo.” He made a name for himself by discovering the “Potley Hill Lemmings,” the only lemmings ever discovered in England. Sadly, predators and eager would-be pet owners quickly devastated the population and the lemmings were declared extinct almost before the echoes of the original discovery had faded. Sanders, though, had garnered a bit of fame for himself, though, and became the host of some nature shows. Never as big a name as David Attenborough, he still commanded some respect for his own work on nature documentaries.

Which is why Britain is shocked when a video is released after his death. It is a confessional video by Leo Sanders claiming that he had invented the lemmings. It was a hoax. A hoax which had brought him both money and fame. Furthermore, the video named a famous ad executive and all but accused him of murder. A shocking twist to the life story of a reasonably well-respected figure.

The story occupies British attention for about five minutes until the next event occurs, but journalism student Claire Webster is hooked. She decides to make “Prof. Leo” the subject of her dissertation. Claire interviews members of his family, the ad executive named in the video, and the daughter of the landowner most affected by the discovery. Along the way she discovers secrets that have been buried for decades: betrayals, murders, and scandals that have never before been revealed. This creates somewhat of a dilemma for Claire. Leo Sanders is dead, and he effectively ruined his own reputation with the video after his death. But others are still alive: Leo’s ex-wife, his son, the ad executive, the landowner’s daughter. Do they deserve to have truths revealed that could harm them now? Has a statute of limitations passed that allows forgiveness for youthful transgressions? What about those who were not alive during that time but whose lives could be affected by the revelations? What are the limits of responsible journalism? Is the story the only thing that matters?

Chalmers has written a clever novel that balances past and present. The story of how Leo “discovered” the lemmings is woven in between chapters that show how Claire discovers the scandals of the past. Claire also struggles balancing her journalism class with her job as a personal trainer, her love life, and her family. Sometimes these pull her in very different directions.

The Last Lemming is a smart book that raises questions it is not afraid to leave unanswered. Claire never discovers all of the facts about the past. The reader is allowed to wonder whether she has made the right choices in what she chooses to reveal and what she leaves concealed. And none of us ever truly know the origins of those mysterious lemmings that started the whole mess. The only thing we know is they did not dive off any cliffs (that’s a myth, anyway). You may not learn a lot about lemmings through this book, but you will enjoy a lively story with well crafted characters and a nice balance of humor and mystery. 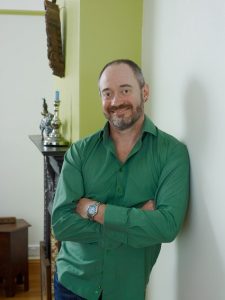 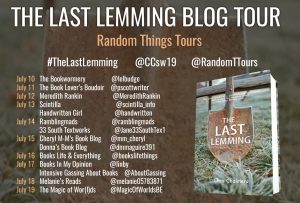 Our thanks to Anne Cater of Random Things Blog Tours and to the author and publisher for our copy of this book, given in exchange for our review. We are pleased to be part of the blog tour for this book and encourage you to read the reviews of our fellow blog tour participants to get other perspectives on the book. As always, the opinions expressed here are solely those of Scintilla.

One thought on “Blog Tour: The Last Lemming, Chris Chalmers”