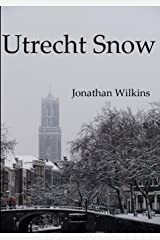 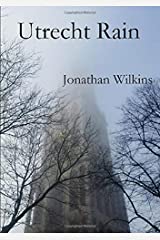 Utrecht. One of Netherlands largest cities. Home of one of the world’s oldest universities. And if Jonathan Wilkins has his way, a hotbed for crime fiction with amazing characters and a distinct storytelling style.

Caes Heda is a police inspector living with his daughter, Truus. She is a student at the university, but is becoming quite bored with her studies. Maaike Meijer is part of Caes’s team. The stories primarily follow these three individuals, but also track other members of Caes’s team and sometimes shift to the POV of the victims and criminals as well.

Utrecht Snow starts with the violent beating and kidnapping of a young woman leaving her lover’s apartment. Some time later, a slovenly woman comes to the police station to report her daughter is missing. She is filthy and confused; the police are not sure whether to take her seriously. Meanwhile their hands are full with other crimes: a car theft ring is operating in Utrecht stealing high-end cars almost invisibly, prostitutes are showing up with injuries from beatings that they refuse to explain, and pickpockets are targeting visitors in the downtown.

Caes assigns his team to work on different assignments. Twins Maaike and Freddie Meijer go undercover looking for the pickpockets. Maaike is also assisting Madelon Verlot who is investigating the beatings of the prostitutes. Ernst Hougewood is leading the search for the car thieves. Adrie and Danny are patrol officers assisting in the investigations. And Caes himself takes point on the search for the missing woman.

When the same woman goes to another police station to report a second missing daughter, police are again left wondering whether she is believable or not. However, when Truus begins working for a local private investigator and learns of a third missing woman, the search kicks into high gear.

Utrecht Rain again focuses on the same three characters as the first book did, also with occasional shifts to other members of the team. It is now spring. Maaike and Freddie are attacked by a gang and Maaike is seriously injured. The next day, two banks are brazenly robbed in broad daylight, but oddly only €10,000 is taken from each bank. The gang though does show its willingness to use violence. Then, a man is found murdered in a warehouse, beaten so severely that he cannot be immediately identified.

Truus has been tasked by her boss with determining the activities of a dissolute playboy, heir to a local family with a dubious reputation. Her boss also has her helping with an investigation into a corporate theft scheme: a shady businessman believes his own employees are stealing from him.

Both novels allow their plots to develop naturally. Unlike so many mysteries, these police have multiple investigations going on simultaneously. They do not have the luxury of devoting themselves full-time to a single case, even when that case involves one of their own being injured. We get to watch the protagonists day after day. Sometimes a break will happen in one case. Other times a lead will evaporate from a different case. Caes and Truus get days off. They work out, they go surfing, Truus pursues romance. After Maaike is injured her recovery takes weeks. She is still a major part of the book, but she is sidelined in the investigation while her body heals. In that sense these are very holistic books, showing the lives of the characters away from the mysteries and showing the challenges faced by police as they have to pursue multiple targets simultaneously.

Caes and Truus are also still dealing with the trauma of loss. Femke Heda, Caes’s wife and Truus’s mother, died several years before from cancer. That hole in their lives continues to affect the decisions and choices the characters make, and the author does a terrific job of incorporating their grief into the story.

I really enjoyed these books. Caes, Truus, and Maaike are very relatable characters with wounds and flaws and strengths and skills. Reading about their lives as they were cooking and cleaning, kickboxing and weightlifting, relaxing and working and attending university, made it feel like I was watching them over a period of weeks rather than just dropping in on an unrealistic timeline focused exclusively on a single case. Utrecht may not be the murder capital of Europe but these books do make it a destination for mystery readers. 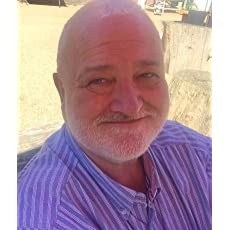 Our thanks to Emma Welton of Damp Pebbles Blog Tours and author Jonathan Wilkins for our copies of Utrecht Snow and Utrecht Rain given in exchange for our honest review. The opinions as always are solely those of Scintilla.Info.