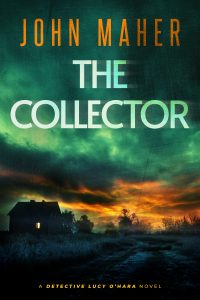 Renowned archaeologist Philip Carlton is found dead at a dig in Ireland. A diabetic, he is surrounded by empty insulin bottles and a note. It seems to be a clear case of suicide.

Detective Lucy O’Hara is not quite as certain. She has been told to look for anomalies; her superior believes something is wrong but cannot be certain. Since the Carlton family is well known and quite wealthy, he does not want to upset them or their friends without proof. Putting O’Hara in charge, though, is a risk. She is on an unofficial probation after a previous case ended badly. She is a bit of a wildcard; brilliant and determined but also willing to take unorthodox chances.

O’Hara’s specialty is forensic linguistics. She looks for clues in the way people speak, the choices they make when they write, the type of vocabulary and syntax they employ. Carlton was an academic; his papers were scholarly and his letters were erudite. So why was his suicide note filled with strange phrases and grammatical errors? Could it be that someone had dictated the note to him and forced him to write it? Could it be that he deliberately kept the errors in the note as a clue to indicate duress?

John Maher is starting a new series with an unusual heroine as the detective. Lucy O’Hara is the daughter of an Irish diplomat who was murdered several years before in Cairo. A single mother, she is raising her daughter in Ireland with much help from her French mother who lives nearby. A Ph.D. in linguistics, she speaks several languages and is an expert in the various English accents and where they come from. Her past still haunts her: her failed relationship with her daughter’s father, the murder of her own father, the failures during a past case that were laid at her feet. But it also gives her strength and compassion. And when The Collector, the mastermind behind Carlton’s death, targets her personally it gives her the grit to confront him.

Being an American, I am used to police using guns regularly. Most American police procedurals include a shootout of some sort. That may be partially why I find police novels from other countries to be so refreshing. The Irish police are armed, but their last resort is to shoot. O’Hara uses her wits and her team to solve the mystery. The result is not only a criminal being caught, but this reader being caught as well. I loved this story and am looking forward to finding out what Detective O’Hara does in the future.

John Maher has published five novels and a collection of short stories. He has won national awards for radio play and short story with RTE in Ireland. His novel, The Luck Penny, was shortlisted for debut novel on BBC Radio 5.

A former teacher and lecturer, he holds a Phd from the School of Oriental and African Studies (London).

He lives in a small Irish village, between the Atlantic and the Irish Sea, from which he steals away, from time to time, to visit the world outside the island.

THE COLLECTOR will be his first novel published with Inkubator Books. 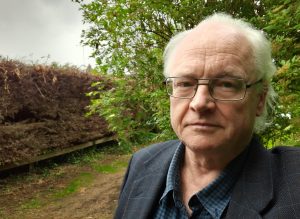 Our thanks to the author, publisher, and blog tour operator extraordinaire Emma Welton of Damp Pebbles Blog Tours for our copy of this book, given solely in exchange for our honest review. The opinions are solely those of Scintila.info.