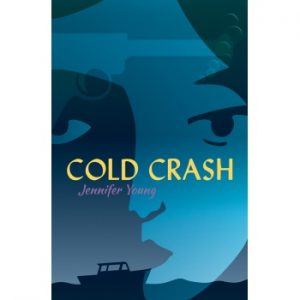 Dr. Maxine (Max) Falkland is an archaeologist with her Ph.D. from Vassar. She is also the daughter of a wealthy British peer, a pilot, and disturbingly single as far as her mother is concerned. In 1950s Britain, many of her fellow archaeologists do not take her seriously. After all, she is wealthy, she is single, and most of all she is a “she.” So when her friends suggest a trip to Scotland to look for Viking relics she leaps at the chance to escape London (and her mother) and participate in a legitimate archaeological study.

Before she goes, she is approached by an American journalist. John Knox claims to have known her brother before he was killed in Korea. Knox is handsome and intelligent, very interested in her, and just the sort of man her mother would approve of. Yet, she is mistrustful. Not everything he says about himself adds up. Going to Scotland would also mean leaving John Knox behind, and that is a bit of a relief.

Things in Scotland begin going badly very quickly. She winds up in a pub near their dig site with some very sketchy characters. Then her plane crash lands. She sees strange lights offshore where there is no land and there are not supposed to be any boats. While diving, she finds a modern knife with a Cyrillic letter on it. Max has dropped into the middle of a mystery, one that could prove deadly.

We previously reviewed the sequel to this book, The Running Lie, as part of a blog tour. Cold Crash introduces many of the characters we see later in the series, especially the brilliant heroine and the enigmatic John Knox. Max is smart, resourceful, and brave. She handles adversity with aplomb and refuses to give up even in seemingly hopeless situations. John seems to magically turn up when he is needed. He claims to be a journalist, but Max questions that story, especially when he (randomly?) shows up on the same Scottish isle where she is looking for relics. She is far from a frail damsel in distress in need of rescue. Still, he has a knack for being in the right place at the right time.

Jennifer Young has put together a terrific story that has elements of mystery, thriller, romance, and historical fiction. The mores and sensibilities of the time show through the characters conversations and choices. The heartaches of the time also show, with echoes of World War II still reverberating and Max’s brother being recently killed in Korea. This is a novel and a writer that should appeal to fans of good storytelling across several genres.

Our thanks to Emma Welton of Damp Pebbles Blog Tours and to the author and publisher for providing us with a copy of this book to give further context for our review of its sequel. The opinions are strictly those of Scintilla.Info.