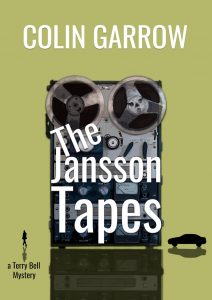 Cabbie/investigator Terry Bell has settled into a nice routine. He and Carol are now living together. He still works part-time as a cabbie. And his new website for private investigations is up.

No one has actually hired him yet, but the website is up.

When some old acquaintances ask him to look for a missing person, he thinks this will be an easy payday. How hard could it be to poke around and find someone who has gone off-grid? Terry and Carol trace his steps, follow their leads, and find their man.

More bodies and more mayhem soon follow. Terry, Carol, and their friend Ralph are on the run from both the killers and the cops as seemingly everyone wants to know the answer to one question: where are the tapes the dead man recorded?

It’s enough to make a couple want to move to Scotland and get away from everything.

Colin Garrow returns with the third in his Terry Bell mysteries with all of the elements that delighted in the first two books. Terry narrates the story with a bone-dry sense of humor. In many ways the narrative voice reminds me of Ben Aaronvitch’s protagonist Peter Grant, using irony and deflection as defenses when things go horribly wrong. And as in the first two books, things often go horribly wrong.

Terry is not a professional investigator. In our review of the first book of the series I said he was no Sherlock Holmes. In the second book, written long before my review came out for the first book, Carol and Terry often ask each other, “What would Sherlock Holmes do now?” In the third book Terry takes his cues from Jim Rockford of TV’s The Rockford Files, along with a nod to Columbo. It’s one thing to say that a real investigation is nothing like you see on TV. I suppose when you’ve never attended any classes for investigators, though, TV shows do offer some kind of model for sleuthing. At least in these books it gets the job done.

The Terry Bell Mysteries are a delightful series that gets better with every book. Terry and Carol are well-matched, both intelligent and brave. The Jansson Tapes carries forward with many of the best elements of the two previous books, including recurring characters and reminders of their past cases. But it stands well on its own two feet as a fun novel with surprising twists and lots of action. 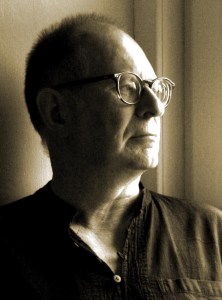 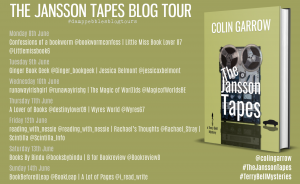 Our thanks to Emma Welton of Damp Pebbles Blog Tours and author Colin Garrow for our copy of this book and the previous book as well. The books were provided solely in exchange for our honest review. For more opinions about this delightful novel, check out the other bloggers on the blog tour.

One thought on “Blog Tour: The Jansson Tapes, Colin Garrow”