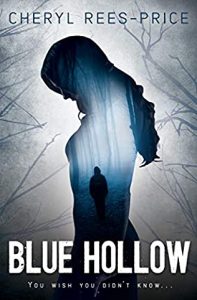 Some secrets cost as much to uncover as they do to keep. Eddie has kept many secrets throughout his life. Now as his life nears its end, it is time for some of those secrets to be revealed.

Dora Lewis has always known him as “Uncle Eddie.” One of her father’s closest and longest friends, she grew up with him always being part of her life. Since she is a writer, Eddie asks her to listen to his story and turn it into a book. He has already recorded it onto a series of tapes, tapes which he has distributed among other friends who know part or all of his story. Dora reluctantly agrees and takes the tape home with her.

Eddie’s story tells how he and his sister came to live at the Bracken House, a home for children who either had no families or whose families were unfit. There he made several friends: Boris and Iosif, Charlie, MJ, Denny, and Adam. Bracken House was an awful place run by a cruel and sadistic man. What they did not know, could not know at first, was there was a place worse than Bracken House.

Dora decides she wants to know more of this story. However, the night before she and Eddie plan to visit his old friend Charlie, Eddie is viciously tortured and murdered in his home. A few days later, someone breaks into her house and tries to kill her.

The plot moves seamlessly through both past and present, as Dora flees from her pursuers and as Eddie’s story is revealed piece by piece. We get to know the other boys through Eddie’s eyes, learning their stories and why they made the choices they made. We find out just how dark some of those secrets are. Although many of the experiences occurred nearly 50 years earlier, we learn why some people are willing to kill to prevent those secrets from coming out.

I loved seeing the growth in Dora through the course of the novel. When she starts, she is home nursing her pain at being cast aside by her husband of many years. Seldom leaving the house, she has largely retreated from the world. Eddie’s request for her to write his story is an imposition, one that forces her to interact with the outside again. It is not until the attempt on her own life that she can move herself to leave home and begin following the breadcrumbs Eddie has left behind. By the end of the novel, she has become extraordinarily confident and self-assured. The story does a terrific job of moving her along this path.

The story itself is chilling. I don’t want to give away spoilers, but there are some shocking scenes that some readers will find disturbing. This is not a “horror” novel in the sense of anything supernatural, but there is always horror that can be found in the depths of human behavior. The secrets and the reasons for those secrets reveal a brutal side to some of the characters. Just as importantly, though, the revelations show other characters in a new and more charitable light. Just as Dora changes through the course of the novel, her perspectives on who is good and who is bad, who can be trusted and who cannot, whether certain things are always and intrinsically wrong or whether they can be tested against less conventional metrics, evolve steadily.

Cheryl Rees-Price has given us a powerful novel with a creative plot that explores both the darkness and the light of human nature. With memorable characters and a flair for description, Blue Hollow deserves a place on many readers’ shelves (or e-readers).

Our thanks to blog tour organizer Rachel Gilbey of Rachel’s Random Resources and author Cheryl Rees-Price for our copy of this book, provided solely in exchange for our review. Opinions are always exclusively those of Scintilla.Info. Our deepest apologies for the tardiness of this review, which should have been posted on May 13, 2020.

Cheryl Rees-Price was born in Cardiff and moved as a young child to a small ex-mining village on the edge of the Black Mountains, South Wales, where she still lives with her husband, daughters and two cats. After leaving school she worked as a legal clerk for several years before leaving to raise her two daughters.

Cheryl returned to education, studying philosophy, sociology and accountancy whilst working as a part time bookkeeper. She now works as a finance director for a company that delivers project management and accounting services.

In her spare time Cheryl indulges in her passion for writing; the success of writing plays for local performances gave her the confidence to write her first novel. Her other hobbies include walking and gardening which free her mind to develop plots and create colorful characters.