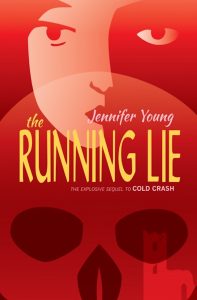 Let me start by saying that I love the blog tour organizers I work with. They’re all in the UK and I am in the US, so my wife has nothing to fear from this adoration from afar. But they are all delightful and charming and 1000 times more organized than I. However, they always say much the same thing: “This is book two (or three or four) of the series but it can be read as a standalone novel.” That is what they are supposed to say, because people like me with a touch of OCD tend to get quite anxious about starting a series anywhere after the first book.

They are not wrong. Not entirely. Usually the books do offer some recap in the beginning, a way to remind readers of what happened before and get them up to speed without too many spoilers; that way you really want to buy that first book.

Somehow, I forgot that The Running Lie by Jennifer Young was a second novel in a planned trilogy. Much to my surprise, I did not figure that out until almost halfway through the book. Even then, I had to look it up to double check. The Running Lie is that rare sequel that weaves the backstory in so effortlessly that it just feels like backstory and not a recap of a book I haven’t had the chance yet to read. That alone places it in a special category for me.

Maxine Young is an Anglo American archeologist and pilot. Vassar educated, she is forced to work under the supervision of men with lesser credentials and a great deal of sexism. A ray of light, though, is in her burgeoning relationship with a handsome American journalist, John Knox.

Still, the daughter of the British Home Secretary occasionally has obligations to stand-in for her mother at events. One such event is in Berlin, where she accompanies her father during one of his diplomatic missions. While there, she encounters John Knox–although he is going by a different name and is accompanied by a different woman.

John confesses to her that he is actually an American spy, that the woman was his target, and that her father may be in danger. Persuaded of his truthfulness, Max has a choice to make: follow her heart in love for this man, or follow her head and stay away from the danger he presents.

I will freely admit as I have admitted before: I am not the right reader for a romance novel. Usually. This novel, though, traipses through the barriers that stand between genres with absolutely no respect for those bookstores and libraries that still shelve them that way. Romance? Lots of it, some of it steaming my glasses. Spy thriller? Enough action to keep Tom Clancy entertained. Historical novel? Definitely mid-20th Century setting. Character driven? Totally. Intelligent dialog that pushes the plot forward? Present throughout the book. Mystery? Although the clues were there, the author saved a few twists for the end. Tragedy? Well, you’ll just have to read the book to find out whether that box was checked.

Max is a complex character who doesn’t always know her own mind, especially when her heart and her mind are at war with each other. John Knox is equally complex, a man driven by love for country and love for a woman, a man of peace in a game of war. Their relationships with each other, with family, with friends, with rivals, and with allies are fraught with love and tension and mistrust and betrayal and respect. Although this is not the kind of novel I would usually seek out on my own, I liked it very much and can easily suggest it to the thriller and mystery reader who likes a little romance on the side…or to the romance reader who likes things a bit edgy and unpredictable. 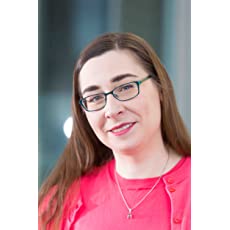 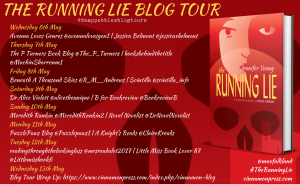 My great thanks to author Jennifer Young, to www.cinnamonpress.com, and to blog tour organizer Emma Welton of Damp Pebbles for my copy of this book. The opinions expressed are solely those of www.scintilla.info.

One thought on “Blog Tour: The Running Lie, Jennifer Young”