Fantasy: The Girl and the Stars, Mark Lawrence

Yaz is a girl of the ice and cold. Her people live in an eternal winter, where plants are virtually unknown and savage weather is the norm. It is all she has ever known. It is all she expects to know until the day she dies.

Once every four years her people gather with other tribes to meet at a sacred place. There, children are evaluated. Those deemed unfit to live on the ice are pushed down a hole, never to be seen again. That is simply the way of things. Yaz has already survived this once. She does not expect to survive again.

Somehow, though, she does survive. She is set aside to stand apart from the rest, not returned to her family or tribe and not cast into the pit. Right behind her in line is her younger brother. Zeen stands before the man for a moment. Then, with a sudden movement, Zeen is pushed into the pit.

And Yaz jumps in after him.

What follows is a thrilling fantasy adventure. Yaz faces cannibals, monsters beyond imagination, humans tainted by demons beyond recognition, and her own fears and weaknesses. She finds friends in unlikely places, gets help from surprising sources, and discovers powers within her she never imagined were possible. Throughout, her guiding star is rescuing Zeen. That goal shapes every decision and often leads her to try things that take her and her friends into harm’s way.

Lawrence does a great job balancing between white-knuckled adventure and beautiful scene-setting and informational sections. Rather than interrupt the flow of the action, I found that it served to heighten the anticipation. Yaz is a young woman coming of age through this novel. Like any teenager, sometimes her decisions are wise beyond her years and sometimes they are infuriatingly silly. As she matures, though, those impulsive and childish decisions become replaced by someone who embraces her role as a woman of power, a leader of others, a force to be feared and respected.

The Girl and the Stars is the first in a new fantasy series. Author Lawrence has laid an amazing foundation in this novel. There are plenty of threads to be woven into the future installments, but this novel ends on a cliffhanger that is both satisfying and frustrating. Satisfying, because the turn at the end tied up the action neatly in this book. Frustrating, because it’s a cliffhanger! I want to know what happens next! I suspect this book will find its way to the YA shelves, but this middle-aged reviewer is waiting impatiently as well.

Like everyone, I will have to wait for his next book to come out. I am very eager to find out what happens to Yaz and her friends. 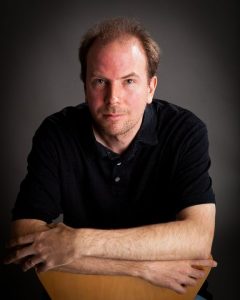 We are grateful to Mark Lawrence and his UK publisher, as well as to blog tour organizer Anne Cater, for providing us with our copy of The Girl and the Stars. As always, the opinions are ours.

NOTE: Because the blog tour was sponsored by the UK publisher and organized (organised?) by a UK resident, the version I read was from there. The US version has a different cover and different publishing imprint. But we are confident our readers can sort through those differences easily and find the book for their own collection, no matter which country they live in.

One thought on “Blog Tour: The Girl and the Stars, Mark Lawrence”