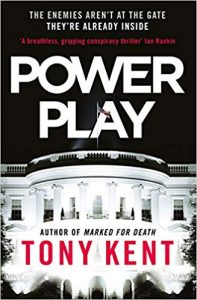 A passenger plane explodes over the Atlantic, killing more than 500 people. Among them is a charismatic presidential candidate, the presumptive nominee against the sitting American president. All the evidence points toward a Moslem baggage handler, a Syrian refugee who entered Britain using less than legal methods. Islamic terrorism is the obvious conclusion.

Power Play starts with an explosion, and continues with high octane action throughout. Tony Kent has delivered a dynamic thriller with action that takes the reader from the streets of New York City to the courtrooms of London to the deserts of Afghanistan to the White House in Washington. The third in a series of books featuring barrister Michael Devlin and agent extraordinaire Joe Dempsey, the writing favorably compares to the best of David Baldacci and Tom Clancy. The plot is involved, with many twists and red herrings. The action is almost non-stop. The characters are enjoyable and remain true to form. For fans of global thrillers, this book is as good as anyone could hope for.

Author Tony Kent is a barrister and former boxer, two careers with probably more in common than would appear at first glance. His knowledge of the British court system gives an additional realism to scenes in the book that take place in and around the courtroom. I suspect the hand to hand combat scenes also benefit from his practical knowledge of the sweet science.

Although like in many thrillers most of the major characters are men, the women in this book are hardly damsels in distress. Secret Service Agent Eden Grace becomes a trusted right hand to Dempsey through the course of the novel. Other female characters play key roles as agents, decision-makers, and reporters. It is good to see thrillers choosing to treat women as real characters, though as a genre there is much room for improvement in this area.

Admittedly, as an American I am used to thrillers that show an American agent saving the world from international evil-doers. Having the two protagonists who are British saving the world, including the U.S., was a refreshingly different perspective (admittedly I thought of James Bond more than once, although none of the characters ever wore a tux or drank a martini). It was a welcome change.

Power Play is a delightful escape into an exciting thriller. I raced through the book eager to get to the conclusion, then was disappointed that it was over. I now am eager to check out Tony Kent’s other books. This is a thriller that truly lives up to the name. 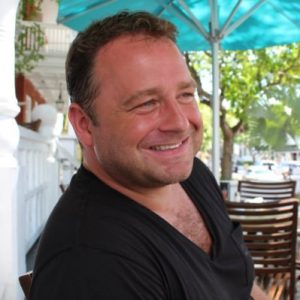 My thanks to Elliot and Thompson Books, Tony Kent, and Anne Cater from Random Things Blog Tours for letting me read this book in exchange for my review. For more reactions to this book, check out the other bloggers participating in this tour.