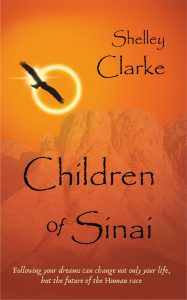 Children of Sinai is an interesting combination of international thriller, science fiction, fantasy, and family story. John and Jen Milburn have a storybook marriage, complete with wonderful twin daughters Holly and Hannah. The one discordant note in their happy lives are the vivid dreams disturbing John’s sleep. Jen becomes aware that the language he is speaking in those dreams is the same language that their twins use with each other–a language she had initially assumed was a made-up “twinspeak” between the two of them. Hearing John talk in his sleep, though, leads her to suspect that perhaps a deeper, more ancient truth is at work.

The story turns when John’s Aunt May leaves him some documents and pictures from his mother, taken when she and his father were working as archaeologists in what was then Jordan. The second section of the book is set during that time period, telling of the discoveries and challenges they and their friends faced in finding, understanding, and revealing the incredible and history-altering artifacts and documents of the region.

After exploring his mother’s archives, John begins an adventure that takes him from his home near London, to Ramallah and Jericho, and then to rural Colorado. International powers oppose him and his family and friends, endangering their lives and seeking to shape the world in a very different fashion. Teaming up with friends old and new, learning more about his parents and their lives, finding out more about his own personal history, and exploring the world opened up through his dreams, the book takes the reader along with John and his family on a fascinating trip through a reinterpretation of biblical history and a harrowing vision of a challenging future.

The story unfolds at a measured pace. The characters are delightful and relatable, the women of the story are strong and intelligent, and the bonds between the family members and friends are deep. Getting the backstory about John’s parents helps delay some of the reveals and gives them more meaning when they arrive. Clarke does a good job tossing in some twists as well. All in all an entertaining and thoughtful read. 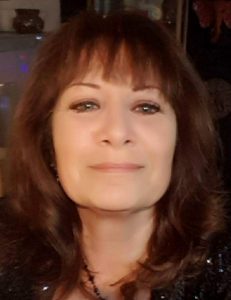 I want to thank author Shelley Clarke and blog tour organizer Anne Cater for my copy of Children of Sinai, given in exchange for an honest review.