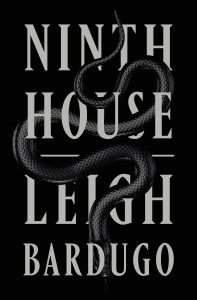 Galaxy Stern grew up in a single parent household in LA. A troubled teen, she became involved with drugs and gangs until she ended up in the hospital. Police had found her unconscious in an apartment full of dead gangsters, lying beside a dead girl. Galaxy, or Alex as she preferred, was never considered a suspect, though, because there was too much fentanyl in her system to have allowed her to even be aware of what was happening, let alone participated in the violence.

It is this ability that captures the attention of Yale University. She is offered a full scholarship to go there and apprentice in the House of Lethe, a watchdog house over the mystical and magical practices of the other, more famous houses of Yale: Skull and Bones, St. Elmo, Book and Snake, Scroll and Key, Berzelius, etc. With famous alumnae including presidents, tycoons, professors, and actors, these secret societies are shrouded in mystery and intrigue.

Alex is only a freshman, but her mentor and advisor is missing (“in Spain,” she tells people who ask) so she is in charge of making sure that the societies do not misuse their powers. In times past, unwilling and unsuspecting persons were victimized by the magical practices. Some even died. But that hasn’t happened for years.

So when a town girl is violently murdered, it is probably just a random event. A sad victim of a local criminal. Nothing to do with magic or with the societies.

Except Alex is not so sure. She has had some experience with drug and gang killings. And this one just feels off to her.

Leigh Bardugo has written an exciting and fascinating book that weaves actual places and the real secret societies of Yale into a gripping fantasy. Alex is a wonderfully complex protagonist, and Bardugo does a terrific job of gradually unveiling her story a bit at a time. This gritty freshman from the southern California streets is much more than she appears, and as we get to know her through the book we can see both why powerful forces believed they could manipulate her, and why they might regret trying.

I suspect that Skull and Bones, et al, do not really engage in dark rituals designed to magically manipulate weather, stock markets, international affairs, or other outside events. (Considering that both Presidents Bush and former Secretary of State John Kerry were members of Skull and Bones, they would seem to be working at cross purposes if they were doing so.) But if they are actually practicing the dark arts, I do hope that someone as bold and resourceful as Alex is around to hold them accountable.