Recipe and Review: Birthday Shortbread for Bilbo & Frodo Baggins from The Hobbit and Lord of the Rings, J. R. R. Tolkien 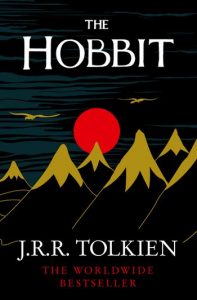 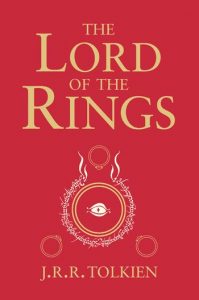 Fantasy: The Hobbit and The Lord of the Rings, J. R. R. Tolkien

September 22 is the shared birthday of Bilbo Baggins and Frodo Baggings, two of the most beloved book characters of all time. Bilbo’s story, The Hobbit was first published on September 21, 1937 and Frodo’s story from  The Lord of the Rings was first published in three volumes, The Fellowship of the Ring, The Two Towers, and The Return of the King from 1954 through 1955. These works by J.R.R. Tolkien, the father of modern fantasy, are the heart of an international fandom that is almost frightening in its intensity.

Tolkien was a scholar with a focus on the study of languages. It is no wonder that the high fantasy world he created has complete languages with distinct alphabets and runes that even evolved over the ages of his world of Middle Earth. The elves have a flowing script that wanders across the page like vines, in contrast to the straight lines and angular runes of the dwarves which would have been cut into stone.

Along with the languages for the peoples of Middle Earth, he created distinct geography and cartography. These lands helped shape the characters that grew in them — their priorities, skills, and loyalties. Hobbits in their green and agrarian lands adore the comforts of home and hearth. The men that dwell in the land of Gondor favor the skills of warriors due to their proximity to the evil that lives in Mordor. Elves live in the woods because the sight of the sea would awaken their longing to return to the lands of the Valar.

Aside from the complex lands to explore, Tolkien populated his Middle Earth with equally complex people. With an epic quest plot, the journey through Middle Earth is filled with enough characters for everyone to find a favorite — wizards, warriors, mischief makers, heroes, and helpers. Characters mentioned in passing often had amazing backstories and/or futures found in the LOTR appendices or other poems or books by Tolkien. Not standing tall, but at the heart of all the characters found in Middle Earth are Bilbo and Frodo. Their quests drive the plot of the books.

Being major characters in such a big story, means that Bilbo and Frodo deserve some quiet time on their shared birthday, September 22, to enjoy a quiet treat and tea. This shortbread recipe can be kept simple or can be dressed up in party fancy with a few adjustments. Lady Grey tea, a softer version of Earl Grey tea, with additional citrus notes make a soothing accompaniment to shortbread cookies. Whether you are re-discovering the books or enjoying the adventure for the first time, have the cookies below to snack on, because hobbits always have time for tea and treats.

Recipe and Review: Birthday Shortbread for Bilbo & Frodo Baggins from The Hobbit and Lord of the Rings, J. R. R. Tolkien