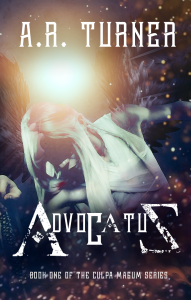 Felix is really just like any other lawyer defending his clients in any other courtroom. He is dedicated to his craft, intent on helping the people who need his help. Some of them are guilty. He makes sure they get their fair trial. Some of them are innocent. He does his best to see they are not unfairly punished. And some of them, maybe most of them, aren’t people.

Felix works for the law firm Lunchers & Co. A small firm specializing in representing the underdog, Lunchers takes cases that most lawyers do not. Cases that look to be lost causes. Cases where the poor are being oppressed by the rich. Cases where the clients likely cannot pay their fees. Cases like the town vs. the Purgers, a guild of magic specializing in “purging” evil spirits. The town, built on the edge of a swamp, had felt a presence that was affecting their ability to hunt and forage in the swamp. They called a Purger, who determined there was no malevolent spirit to remove but charged the town full price anyway. The town sued, Lunchers took the case, and Felix set out to investigate the swamp.

He discovered that the Purger was correct. There was no evil spirit haunting the swamp. There was a frog. A magical frog. “The Great Croaker” was tired of losing friends and family and food to those clumsy oafs traipsing willy nilly through his swamp. So he developed magic and used it to keep people away. “The Great Croaker” asked Felix to take his case against the townfolk, so Felix found himself representing the town against the Purger–and then representing the frog against the town.

There are several other cases in the book, all leading up to the most serious case of all. A demon has filed suit against humanity, suggesting that the species has failed to live up to its responsibilities as a part of creation. Filed in the greatest court before the most senior judge, the stakes are high: lose, and humanity gets wiped out.

This book never loses its winsome tone. A.R. Turner weaves back and forth between reflections on cases Felix had argued, both winning and losing, then events in Felix’s life at Lunchers, then introducing other characters (and their alleged crimes) into the story. It never gets too serious or too heavy–I mean, not counting the possible end of humanity. Other than that it’s quite lighthearted. Felix is the kind of lawyer many of us would want. Committed to his clients, passionate about the law, honest and direct. Felix cares. He fights to win but refuses to take shortcuts or use shady methods. He stands for truth.

And the occasional magical frog. 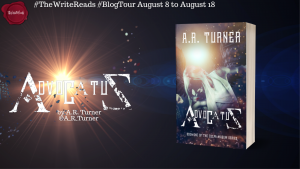 Our thanks to The Write Reads for our copy of Advocatus, provided so we could participate in this blog tour. The opinions here are solely those of Scintilla. For other perspectives, check out the other bloggers on this tour.