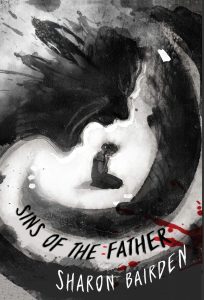 This is a very challenging book to read. It is also absolutely incredible.

Rebecca has lived the kind of trauma that is both unbelievable and all too real. Growing up in what we in America would call “the projects,” she lived with her mother. Her father was unknown and not part of her life.

There were some good times, but then Rebecca’s mother began to abuse drugs. Soon she was selling her body to make enough money to buy the drugs. When that was not enough, she began selling her daughter.

Almost nightly the men came. During the day, Rebecca went to school and tried to pretend everything was fine. There was seldom food at her home, her mother was either too stoned or too much in need of a score to bother cleaning. Rebecca was filthy, her clothes smelled and didn’t fit, and she was much smaller than her peers largely due to malnutrition.

To cope with the horrors of her life, Rebecca began cutting herself. Then, she began to dissociate from the world. Other voices, especially one calling herself “Samantha,” began to tell her what to do and how to survive. They began to become more real than real life, until finally something horrible happened and Rebecca was put into the foster care system.

This was not the improvement one might have hoped for. Hospitalizations, failed placements, group homes. Rebecca was shuttled from one place to another, finally getting enough help to begin functioning and she earned a place in college.

Now, as an adult. Rebecca has a good job and has gotten married. However, she did not marry for love. Her husband was a target, and she intended to destroy him.

I do not know Sharon Bairden, so I do not know how she gained such insight into the psyche of a mental health patient. But, wow, does she have Rebecca down cold! Much of the book is written from Rebecca’s perspective. She is a product of her environment, of her trauma, of her dissociation. There are times when all she can hear are the voices in her head. The world is drowned out by those voices, sometimes screaming at her, sometimes whispering, often accusing, sometimes comforting, and occasionally guiding. When your actions are guided by imaginary voices in your head, you are probably going in a bad direction.

In fact, all of the main characters are broken people. (Frankly I’m now a little worried about the population of Glasgow.) Bairden makes me wonder whether some people are just too broken to be allowed out of care. I am simultaneously pulling for and repelled by Rebecca. I can easily understand how she was broken, why her mind rebelled, how she managed to survive. I can also be repelled by the person she became and wonder whether she should ever have gotten out of the hospital. Is it possible to be so damaged that you cannot be on your own? Clearly the answer is yes, but sometimes I wonder whether some of the people who seem to be mended may be the people who need the most care.

This is a work of fiction. Rebecca is not real. Her savage wounds, her broken psyche, her elaborate vengeance did not happen. But this is a book that is going to haunt me for a while. The insider’s view of mental illness was very real to me (I’ve not had nearly the damage done to me as was done to the character, but I’ve had my own trips to mental hell.) Almost too real; readers may want to go into this book with caution.

This is a shattering, devastating, brilliant book. I was deeply shaken by the story and it caused me to deeply reflect on my own experiences. There are not many better voices from the inside of a desperately broken person. Proceed carefully, and be prepared to be amazed. 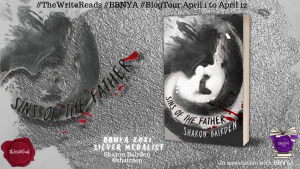 Our thanks to The Write Reads Blog Tours for our copy of Sins of the Father, given so we could participate in this blog tour for the top ten winners of the BBNYA Book of the Year. The opinions here are solely those of Scintilla. For other perspectives, check out the other bloggers on this tour.

One thought on “Blog Tour: Sins of the Father, Sharon Bairden”