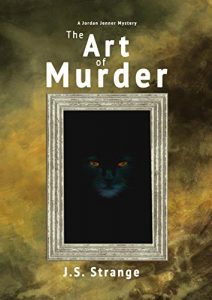 Much has been made in recent years of the problematic “male gaze” in writing and visual arts. There are two manifestations of this problem. First is the objectification of women, particularly sexually. Apart from explicit scenes, even lingering camera shots of tight or revealing clothing focuses the audience’s attention on the woman’s sexuality over any other aspect of her character. The second is the women as mere accessories to the men in the story. Regardless of any possible skills, wisdom, etc., she is primarily there to give the men someone to rescue, to impress, to woo, to betray, etc.

Even with the rise of shows like “Queer Eye” or “The ‘L’ Word,” a similar artistic gap has been the “straight gaze.” I will freely admit, although I have become much more sensitive to the treatment of women in books, my straight bias has shown in my general disregard for the gay characters I read. I have certainly not avoided books that had LGBTQ characters or themes or authors. Almost all of them, though, were clearly set in a straight environment. The protagonist or other leading characters may have been gay, but with few exceptions the other characters and the general view of the culture was (as I am) straight. I honestly never noticed.

When I was invited to read The Art of Murder, I knew it was a murder mystery set in the art world. I knew it took place in Wales. A rising young artist has been targeted by protesters and thieves who have been picketing his shows and stealing paintings from his sales. Xander Draper wants these people stopped and caught, so he hires local PI Jordan Jenner to investigate. The “Dirty Dollys” (sic) penalize artists whom they feel have been rewarded without merit. Some artists have paid them to go away, others have seen their careers founder. Draper wants them stopped.

Jenner is also trying to find out who has followed him from Amsterdam back to Wales. A man barely trying to conceal his interest began shadowing Jordan and his brother in the Netherlands, then caught the same flight as the Jenners and continued his pursuit in Cardiff. Jordan is not sure whether he or his brother are the target, but the attention is quite unwelcome.

I’m sure it is no spoiler that a book titled The Art of Murder goes from investigating protesters and thieves to investigating a murder. As Jenner pursues the Dollys, he discovers a very unwelcome truth: they are also pursuing him.

Like I said, I knew it was a murder mystery in the art world taking place in Wales. What surprised me was the twist on the “male gaze” among the characters. Many of the main and secondary characters are gay: openly and fearlessly. Jenner looks admiringly at several attractive men, begins a relationship with one of them, and has multiple friendships with others. I do not say this as a criticism. The scenes are natural and well crafted, the characters honest and complex. Jenner in particular is a complicated and troubled man, with multiple issues that have nothing to do with his sexuality and everything to do with his history and inner demons. It does, though, see the world through a filter that I have little familiarity with.

Which is part of the joy of reading. Books invite us to see the world through new and different lenses. Unfamiliar does not mean unwelcome. Appreciating how the world looks from another’s perspective gives us understanding, sympathy, awareness, and insight. Those are certainly traits that are never as abundant as we need them to be.

Our thanks to Damp Pebbles Blog Tours for providing our copy of The Art of Murder. Although DPBT is on hiatus, we are honoring the spirit of the gift and providing our honest review of the book. We are not sure how many other bloggers are involved, but look online to see other reviews of this book.