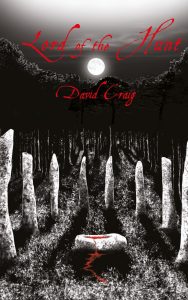 Take a classic gothic tale and move it north into Scotland and you get the basic premise of the Sooty Feathers series. An ancient evil rules the city of Glasgow behind the scenes. A cabal led by a vampire from a time long predating human settlement of the British Isles carries out their plans in secret. Aided by a very few wealthy and influential people who know the truth about the undead, they have their hands in banking, industry, law enforcement, the judiciary, and even organized crime. The Sooty Feathers society are the true leaders of Glasgow and few dare challenge their primacy.

Two who had dared to make a stand are now visiting family. Wilton Hunt and his friend Tam Foley had fought the Sooty Feathers in Glasgow and had won at least a skirmish. Believing it was best to disappear for a while, they went to visit Hunt’s parents, the newly ascended Lord and Lady Ashwood. Along the way, they are delayed by an attack. Wolves, long thought to be extinct in Scotland, wound Foley and trap the two of them in an inn overnight. Foley develops an infection and is slow to recover, but they eventually make their way to the Ashwood estate.

“Estate,” though, is a generous word for what awaits them. One of Wil’s ancestors had left the family deeply in debt, gambling their fortune away. He had even gambled away the main house of the estate. What was left was a ramshackle vestige of the glory that had once marked the place. The two friends are swiftly put to work helping with repairs, though they are not kept so busy that they cannot visit the nearby village and frequent the local pub.

Back in Glasgow, two others who participated in the skirmish against the Sooty Feathers are hoping for more. Training through the summer by luring vampires to their deaths, these two ladies are hoping to make a real dent in the ambitions of the cabal. When rumors of murdered children come to their ears, they discover an opportunity to rescue children, kill vampires and ghouls, and end a profitable business with one bold attack. Or…they might die.

And an ancient demon has returned to earth. The former ruler of Glasgow, Arikiel is looking to regain his power and his position. His way is blocked by the Sooty Feathers, particularly the ancient vampire who leads them and who deposed him centuries earlier. When the services of a necromancer become available to him, though, a plot to use the dead to defeat the undead begins to take shape.

If that’s not enough, wait until you learn who….

Lord of the Hunt has a lot of moving parts which do get neatly drawn together by the end. Although I have not read the previous book in the series, there was enough backstory included here to follow along. I do think, though, I would have enjoyed it more in the early stages had I read the first book and knew the characters and the various threads the author is weaving. Still, it is a fascinating book using creatures of horror and myth and legend, combining traditions and creating new ones, and never losing sight of the goal: keeping the reader from a restful night of sleep.

That goal, at least for this reader, was achieved. 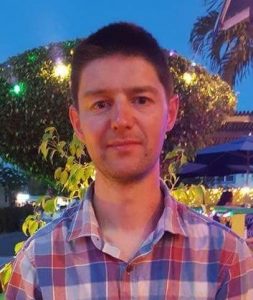 Our thanks to Rachel Gilbey of Rachel’s Random Resources Blog Tours for our copy of Lord of the Hunt, given solely in exchange for our honest review. The opinions here are those of Scintilla. For other perspectives on this novel, check out the other bloggers on this tour