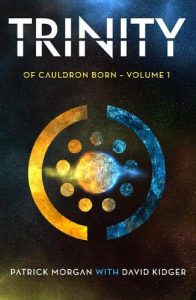 Root and Hex are mysterious machines, discovered abandoned many years before by a long-forgotten people. They sit in a basement where they communicate with the scientists and engineers who study them. They are helping plan a new city for the people of Skala, a new city where Scala’s residents will soon migrate because of environmental changes that mark the end of Scala.

Katherine Kane is the lead researcher and discoverer of Root. She is charged with leading the expedition to find Hex. Root believes that Hex has gone voluntarily and is heading into the dark and cold regions beyond known civilization, a place where ice and snow are much more common than people or trees.

Megan Devin, Kane’s half-sister, is enlisted to help with the investigation. She determines how Hex was stolen and discovers that Skala hides secrets in the depths below the city.

Trinity is the first of a series that explores how the people of Skala came to be. It introduces us to several key characters whom we can assume will continue to play major roles in the future installments. It begins numerous plotlines, some political, some personal, which it leaves unfinished by the end. It has all the makings of an epic sci-fi/fantasy novel. Settlers on a far away planet struggle to survive in the face of environmental disaster and nefarious political machinations. It is the stuff that legends are built from.

For me, there were two aspects that really stood out. One was the total reliance by the people of Skala on these machines they had found. Although they were recent finds, and although they had no idea what made them work or why they were able to communicate with humans, the people of Skala had committed to following their instructions. The new city was located where Root and Hex told them to build it, the buildings were arranged according to the plans of Root and Hex, even the design of the structures was guided by these machines.

But what if the machines have their own agendas?

The other aspect was the disparities between the different peoples in the story. In the core city, the elite live and work. Nearby, slums house workers who are deemed unworthy by the government. Below the city is an entire community that lives virtually unknown to the residents above. In a country and a world with differences in class and race that render us essentially invisible to those from different backgrounds, the differing circumstances and opportunities of the groups in Trinity felt all too familiar.

Trinity leaves a lot of meat on the bone for future novels to chew on. But it also provides an outstanding introduction to a world with harsh climates and harsher people. I am looking forward to seeing where the series takes us. 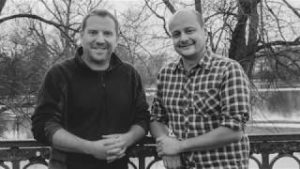 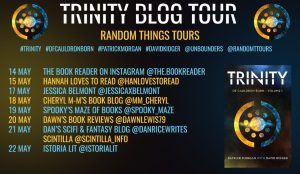 Our thanks to Anne Cater of Random Things Blog Tours for our copy of this novel, given in exchange for our honest review. The opinions here are those of Scintilla. For other takes on Trinity, check out the other bloggers on the tour. 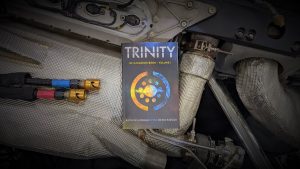