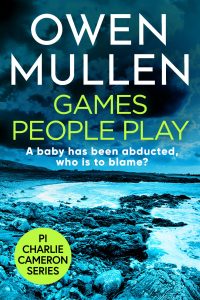 A number of years ago our youngest son was describing his speech therapy class. Apparently the group often played the game Uno. I asked him what Uno, a basic card game, had to do with speech. His reply, “We talk while we play. When I get a good card, I slam it down and say, ‘Hah!’ and stuff.” Considering he is now a double major honors student in college, I suppose the games may have done more for him than I appreciated at the time.

An infant girl has been brazenly kidnapped from a beach in Scotland. The police are stumped. The parents are desperate. The father turns to Cameron for help in finding his lost daughter. Cameron’s friends advise against taking the case. It’s a police matter, they tell him. It’s going to tear you up, they tell him.

Charlie Cameron is also not great at listening to good advice.

Games People Play is fascinating on many levels. The title barely does the work justice. Cameron is playing his own games. His relationship with his parents is rocky. He is trying to build a relationship with a woman he has met but despite their pledge of “no secrets” he is not ready to fully open himself up to her. His friends are playing their own games with their wives/girlfriends, with Cameron, with each other. His cases are filled with liars and game players. The missing child’s father has secrets. In another missing person case, the girl’s friends cannot be trusted to tell the truth even when it benefits them to do so.

And hanging over everything is a serial killer who likes to play the most macabre games of all.

Owen Mullen has wrapped games within games, players playing players, and saves some of his biggest twists (and dare I say a non-twist that is itself a twist) for the end. Some win. Many lose. Ultimately, some games are worth playing for the sake of playing while others are designed to leave everyone at a loss. One thing is for sure: this book is a sure winner. 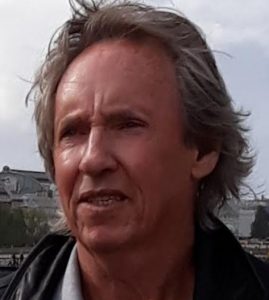 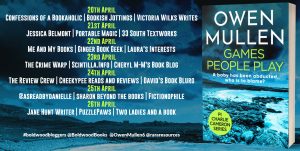 Our thanks to Rachel Gilbey of Rachel’s Random Resources Blog Tours for inviting us to review Games People Play and providing our digital copy of this book in exchange for our honest review. For other perspectives on this book, check out the other participating bloggers on this tour. The opinions here are solely those of Scintilla.