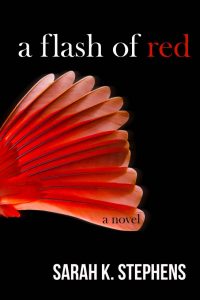 Psychology professor Anna Kline has secrets. Her mother is institutionalized permanently with a mental illness that is virtually unresponsive to treatment. Anna is beginning to wonder whether she is experiencing the beginning stages of a similar illness herself.

Bard, a student of Anna, has secrets. His mother also had a mental illness. His father became an alcoholic. Bard is gay, but he is also devoted to Anna and would do anything to protect her.

Stephens tells the story by switching between these three characters as their lives intertwine and their mindsets become more and more desperate. Each of them completely believes that his or her perspective is the right one. Yet each of their perspectives is incompatible with the others. Anna and Sean both believe that the other one has decided to move on without them. Both of them believe that they are right and the other is wrong. Both of them believe that they are fully committed to making the marriage work, but the other one despises them. Can they both be right and wrong at the same time? Oh, yes they can.

Bard’s obsession with Anna grows darker and more complex with time, until he sets a series of events into motion that leads toward danger and tragedy. At the end of the book, I honestly looked back and wondered for each of the characters what was real and what was imagined. And I am not entirely sure I know even now.

Stephens’ books twist and turn and leave the reader guessing until the end–and in this case even beyond. She is a student of the human mind and its ability to change the perception of reality in unexpected and sometimes unimaginable ways. Except, she is able to imagine them and put them into a story that is very tightly crafted and very well written. I love her prose, her characters are devastatingly real, and her plots are intricate.

Perhaps most of all, as someone who has struggled with mental illness personally, the way that these three characters see the world and themselves and each other is frighteningly personal to me. Although my diagnoses would not match any of these characters precisely, there was enough overlap to feel their desperation and confusion and even their (false) comprehension in my gut. I have had periods that felt like clarity but were really deeply confused. I have had times where I could and should not trust my thoughts and my perceptions. Stephens writes about mental illness with both compassion and awareness. Few people can write about someone who is mentally ill from a believable insider’s point of view. Stephens does it extraordinarily well.

A Flash of Red is deep, dark, and twisted. For me, it was almost too intensely personal, perhaps like a pardoned death row inmate might feel about a real-life prison memoir. Mental illness is a prison of its own, and Stephens writes characters within that prison in a way that lets you feel the bars.