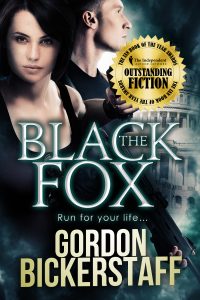 Zoe Tampsin is smart and deadly. A former special forces officer, she now works for the Lambeth Group, a secret British government agency. She excels in achieving the seemingly impossible. Now, she has been given the most difficult assignment of her life.

Gavin Shawlens is a scientist with the Lambeth Group. Years ago he stumbled across a secret that the US government would do literally anything to keep from being revealed. His memory of the secret had been suppressed…but recent traumatic events have started to bring it back to the surface. Now the CIA has been tasked with making sure his memories never return.

Tampsin has been ordered to take Shawlens and hide. Go off the grid. She will be labeled a traitor. She will be hunted by both the CIA and by her own government. She will be a wanted fugitive. But her mission is to keep Shawlens safe and hidden until his memory returns and the British government can figure out what is so important to the Americans.

Gordon Bickerstaff is not afraid of twists in his novels. Tampsin and Shawlens are probably safe–at least they figure prominently in both of the books in the series that we have read and reviewed. Pretty much every other character, though, is living on the edge–or dying on it. I don’t want to give away spoilers, but be careful whom you become fond of in his books. They may not make it through to the end.

Thwarted love, international intrigue, betrayals and mind games, all come in to this novel that races from hiding place to hiding place. Tampsin is as kickass a heroine as you are likely to encounter. Shawlens is smart but vulnerable. The plot is (hopefully) a bit far fetched, but the characters are interesting and the action is non-stop. Definitely a fun ride through a different sort of thriller, one where the usual allies are on opposite sides of the spy game. 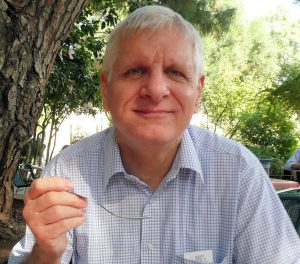 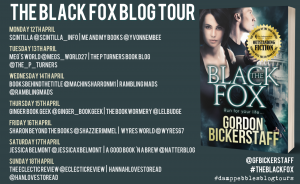 Our thanks to Emma Welton of Damp Pebbles Blog Tours for our copy of The Black Fox, given solely for our participation in this blog tour. The opinions here are those of Scintilla. For other perspectives, check out the other bloggers on this tour.