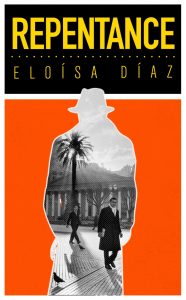 Argentina has had a troubled history. Dictatorships, military coups, an ill-fated war with Great Britain, hyper-inflation, all have shaped a country with tremendous beauty and a vibrant culture. No people can live through so many difficult periods in history without being profoundly affected by them. Author Eloísa Díaz’ debut novel Repentance tells the story of one man who tried to survive two of these difficult eras and somehow maintain his character.

Joaquin Alzada is an inspector with the Buenos Aires police. He should have retired, but economic pressures meant he had no savings and no pension. For reasons that are revealed in the story, his career has frozen without promotion for many years. Assigned to the robbery desk, he nonetheless is pressed into homicide duty when a woman’s body is found in the dumpster behind the morgue. Most of the police force has been tasked with maintaining order in the streets as protests against the government gain strength in 2001, so a dead body of what is presumed to be a junkie is a very low priority, low enough that an out-of-favor inspector in robbery is given the case.

As Alzada investigates, it becomes clear that the woman was murdered by professionals. The signs are unmistakable to both the coroner and Alzada. During an earlier dictatorship, governmental opponents were “disappeared,” a euphemistic expression encompassing torture, murder, and the disposal of bodies in places where they were unlikely to be found. Alzada is far too familiar with people being disappeared. His own brother and sister-in-law were disappeared in 1981; his infant nephew miraculously escaped detection by the agents who captured them and Alzada and his wife raised him themselves.

Díaz shifts between the two timeframes: 2001 and 1981. In 1981, Alzada was trying to keep his head down and trying to protect his brother. Ultimately, he could not. In 2001, Alzada is still haunted by guilt from his failure to protect his brother 20 years earlier, and by extension his failure to protect so many thousands of others. He has done penance by being a good investigator, by raising his nephew, by trying to be a good person. But what he has done is survived, and survival meant turning a blind eye when powerful men did evil things, refusing to speak up when the government and the police acted against ordinary people, by dropping cases when they were inconvenient to the department.

Repentance is a complex and moving novel about a man coming to terms with his past, his country’s past, his family’s history, and his own responsibilities as a person and as an officer. Beautifully written, Alzada is a man I could recognize although we are from different continents and very different experiences. There are many times I wish I could replay events from my own past, saying things I failed to say, doing things I failed to do, shutting my mouth when I opened it unwisely, changing decisions that worked out badly. We cannot, of course, change our past. Alzada wrestles with using his past as a motivation to do better even if the consequences are unpleasant. That is the best any of us can do. 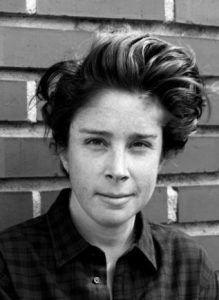 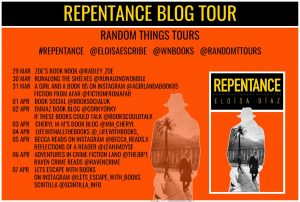 Our thanks to Anne Cater of Random Things Blog Tours for our copy of Repentance, given solely in exchange for our participation in this blog tour. The opinions here are those of Scintilla. For other perspectives on this book, check out the other bloggers on this tour.