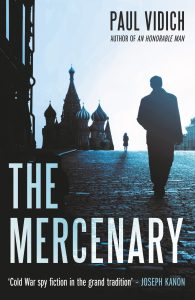 Aleksander Garin has left his spying days behind him. Living in Greenwich Village, NYC, he tries not to think of the successes and failures of his days with the CIA. When he comes home to an empty walk up and a farewell note from his wife, though, his present and future become a lot murkier. Then he gets a call from an old CIA colleague. A Soviet asset has requested him personally to be his handler. Garin could refuse. He probably should refuse.

He is soon on a plane, bound for Moscow.

I have seen other reviews comparing Paul Vidich’s work to that of the late John Le Carre. I will definitely admit, there is a certain resonance in the comparison. As much as anything it is the Cold War setting. Gorbachev has not yet come into power, the Berlin Wall still stands with Germany divided into East and West. Almost any spy novel set in that time period will have commonalities with others.

I am not entirely persuaded, though, that this is a spy novel. Oh, it looks like it is. There are secrets and defectors, poisons and dead drops (two very different things, by the way), KGB and CIA shenanigans, traitors and double agents, and a beautiful Russian woman with her own agenda. So, yes, it’s a spy novel.

But it’s also a novel of a man finding himself. Alex Garin has a dark past that shapes his present. Long before his CIA days he was being groomed for a very different life. Those who shaped his past are still players in the game, bringing old dangers and buried resentments to the surface. He may be loyal to America, but he has a history with the Soviet Union that goes back to his childhood and his Russian family. There are times where the reader is uncertain where Garin’s loyalties lie: with America, with himself, perhaps with the Soviet Union. By the end, there are still some questions, but Garin seems to have found peace with his own answers. 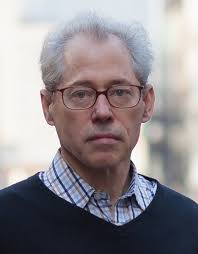 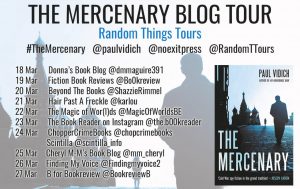 Our thanks to Anne Cater of Random Things Blog Tours for our copy of The Mercenary, given solely for our participation in this blog tour. For other perspectives, check out the other bloggers participating. The opinions here are those of Scintilla. 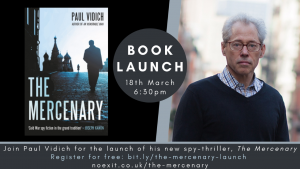 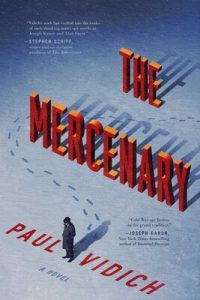 One thought on “Blog Tour: The Mercenary, Paul Vidich”