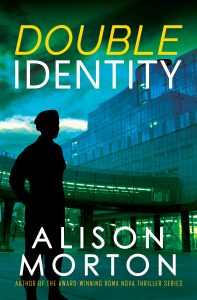 Mel has her whole life in front of her. Engaged to the man of her dreams, recently retired from the French army, eager to start married life and raise a family, she is enjoying the bliss of spending time with her fiance in London.

Until she wakes up next to his cold, dead body.

Double Identity is a high speed thrill ride of a novel, racing from twist to turn, throwing caution to the wind and characters to the wolves and readers better hold on and brace themselves. Mel is not just retired army. She is a highly trained operative, able to lead commandos through a jungle and track terrorists in the mountains. She will not take *&$@ from anyone, as a foolish police officer who tries to grope her finds out the hard way.

Although the London detectives initially suspect her in the murder of her fiance, their attention is diverted to other suspects. Mel herself is recruited to work for a shadowy European organization dedicated to fighting crime that crosses borders and may require methods that go outside of the boundaries of the judicial system. When possible, they will work with police and government officials. Sometimes, though, they will take action directly.

The first investigation is of the death of Mel’s fiance. Quickly both Scotland Yard and Mel’s organization learn that her fiance was not the paragon of society that Mel believed him to be. Some of his business associates and financial dealings were…unsavory. Mel herself goes undercover into an international conglomerate with fingers in several legitimate businesses and fists in many criminal enterprises. The more she learns about her fiance, the more troubled she becomes.

There is a degree to which all of us wear a mask to the world and reveal only those parts of ourselves that we want seen. Lovers and longtime friends, children and parents, a very few close and closely observant people may see more than we intend to expose. But most of us keep something hidden in the darker corners of our psyche. Finding those hidden parts of another person brings us to a choice: can I accept this or not? Perhaps more personally: was I a fool not to have noticed this?

This is a conundrum Mel faces many times through this story. I found the action of the book exciting, but I also found the dilemmas faced by Mel’s heart to be compelling. Not all of us can face our unfortunate choices in love by capturing murderers or busting international criminals or beating the tar out of misogynist idiots. Anyone who confronts this sort of raw and primal betrayal, though, must face that choice and somehow find a way to move on.

And if a handsy misanthrope gets bruised along the way, that’s no loss. 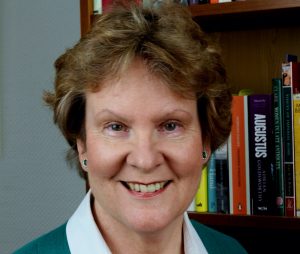 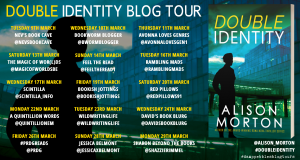 Our thanks to Emma Welton of Damp Pebbles Blog Tours for our copy of Double Identity, given solely for our participation in this blog tour. The opinions here are solely those of Scintilla. For other perspectives on this novel, check out the other bloggers on the tour.