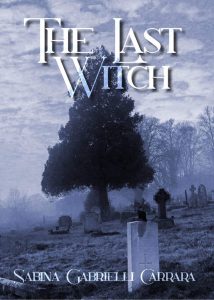 I don’t think I ever appreciated just how dangerous rural Ireland could be until recently, but after coincidentally reading several mysteries from Irish-based writers, I am beginning to have a newfound respect for the dangers of the Irish countryside!

Seacross is a seemingly idyllic small town. Decades earlier it was rocked by murders in back to back years. One was quickly solved, but the other was never satisfactorily explained. Still, things had been relatively peaceful (other than a brief flurry of activity that forms the basis of Carrara’s first Seacross Mystery) until now.

A young man in town, one who never really amounted to much, suddenly comes into some wealth. Unsurprisingly, he loses it almost as quickly. This begins a series of events which lead to several murders that in many regards evoke the ritualistic staging of the body from all those years before. How could they be related, though, after all this time? What is the connection to the young man–if any? Garda Billy McCabe and his colleague Annette need to make progress quickly if they want to remain on the case, as pressure is coming from above to find the culprit, and to keep old secrets buried.

Carrara has written an involved, multi-layered story that keeps the reader guessing for a long time. Certain aspects of the story are revealed to us early on, much earlier than they are to the Garda investigating the crimes. Other aspects remain hidden until the very end. I fully admit, I did not see the penultimate twist coming…and the final twist will have to remain unexplored until the next Seacross mystery is released.

Genre fiction has received unfair criticism, in my opinion, as being unable to handle the “big themes” of literary fiction. I have never accepted that as a necessary failing of mysteries, science fiction, horror, thrillers, or other genres (though admittedly my exposure to romance is extremely limited, as my wife will attest!). Carrara’s novel explores the destructive power of secrets to a marriage and to a community. What happens when justice is never received? When the man you thought you married is someone else entirely, is there a way through? Is revenge justified when justice fails? If the law does not permit evidence to be gathered, evidence that could prevent future deaths, are shortcuts acceptable? These may be easy questions to answer on paper, but when the answers involve people you love, people you respect, people you thought you knew, people who hold power, then the answers bring an entirely new set of complications. Billy McCabe knows the answers, or at least he knows what the answers should be. The question becomes, can he live with the consequences of some of those answers? 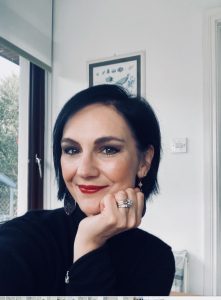 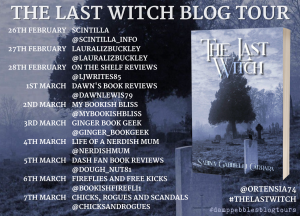 Our thanks to Emma Welton of Damp Pebbles Blog Tours for our copy of The Last Witch, given in exchange for our participation on this blog tour and for our honest review. For other perspectives on this novel, please check out the other bloggers on the tour. The opinions here are solely those of Scintilla.