I was completely unfamiliar with the DI Hanlon series prior to being invited to review the books. Previously published under different titles, they are receiving new life this year with new names, new covers, and a new publisher. Even the author’s name has changed, although it is the same author.

A rose by any other name….

DI Hanlon is not your typical cop. Female detectives in Scotland Yard are rare enough. Hanlon is a force of nature. All muscle, a competitive triathlete, an amateur boxer, she is formidable to her enemies. Some people make friends everywhere they go. Hanlon is the opposite. Most people automatically dislike her. A few, though, would be willing to die for her.

Her boss is one of them. Corrigan is physically huge, but his massive physique and earthy mannerisms belie a shrewd mind and keen instincts. He recognizes the incorruptibility of Hanlon and looks to her to handle delicate cases that might involve internal corruption.

Her former partner, Enver Demeril, is another. A former boxer turned cop, he has allowed his body to go to seed. His mind, though, is sharp and his fists still powerful.

Though he would not die for anyone, Hanlon has also won the respect of a former enemy. A gang leader, Dave “Jesus” Anderson once crucified a rival. Literally. Some people bemoaned his modern ways–he used a nail gun instead of doing it with a hammer. Most people just feared him. Hanlon does not. Although they are on opposite sides of the law, occasionally they find themselves with common enemies and can find mutual benefit from working in tandem.

In The Stolen Child, an undocumented teenage girl’s body is found surrounded by what appears to be remnants of a witchcraft ceremony. The medical examiner, though, determines that the likely scenario was a brutal rape and murder, and the scene was staged in an attempt to obscure the reality. Then a baby is found floating in the river. And a young boy goes missing. Hanlon is obsessed with finding the killer, but how far is she willing to go in her quest?

The Innocent Girl finds Hanlon and Demeril looking into a series of sado-masochistic murders that seem to follow an Oxford professor. Hanlon is not convinced of his guilt despite the mounting evidence against him. However, her investigation takes her into some dark places and wins her the enmity of a Russian mobster and his enforcer. Solving the case only begins her problems.

The Missing Husband has Hanlon probing the disappearance of a woman’s husband. The woman is convinced he is dead. A gangland war between the Russians and Dave “Jesus” Anderson threatens to disrupt the uneasy streets of London, but are these things related?

And The Silent Victims has Hanlon and Demeril working together to protect a right wing extremist from those who would like to see him dead. But exactly which direction will the threat come from? And how is any of that related to a missing journalist wanted for murder?

The power of this series is really two-fold. DI Hanlon is an unusual, maybe unique, character. She is hard to like but impossible to ignore. She really does not care what anyone thinks about her. She is focused on upholding her own moral code, which doesn’t always conform to the procedures of official policing. Whether it involves cooperating with gangsters, breaking and entering suspects’ homes, or executing justice on her own terms, she manages to get the job done. Unfortunately, sometimes her friends suffer the collateral damage.

The other is the brilliant plotting and pacing of writer Alex Coombs. I read a lot of mysteries, enough that it is highly unusual for me to be surprised by certain types of twists. Coombs, though, managed to do that more than once. I will not offer spoilers, other than to say that these are not books to mentally sleep on in the middle. They are books, though, that will quite likely disrupt your sleep. 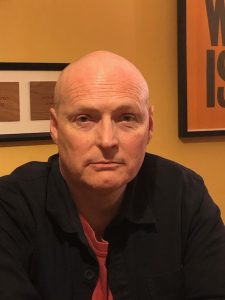 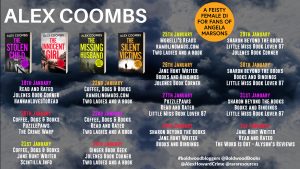 Our thanks to Rachel Gilbey of Rachel’s Random Resources Blog Tours for inviting us to review this series and providing our copies of the books in exchange for our honest review. For other perspectives on this series, check out the other participating bloggers on this tour. The opinions here are solely those of Scintilla. 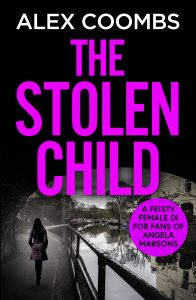 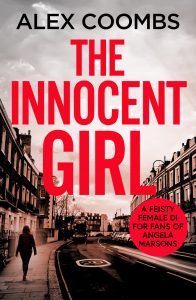 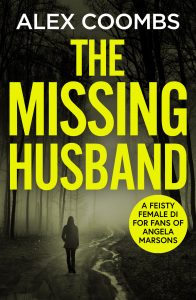 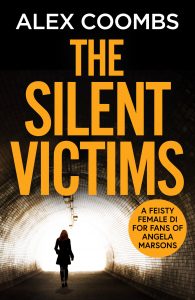