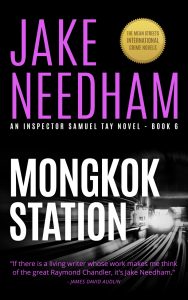 How in the world have I never come across this series until now?

Obviously there are a plethora of good answers, starting with and likely ending with “too many books, too little time.” But suddenly I’m exposed to a book this good only to find out it’s already book 6 with this same protagonist (not to mention another of the characters has his own 5 volume series) and I’m in that painful state of excitement at finding an amazing book and the knowledge that I could have been enjoying this world for some time already and have missed that time.

At least that can be remedied!

For those (like me) unfamiliar with the series, Samuel Tay was a homicide inspector in Singapore. Forced into an early retirement, he has started taking on different sorts of cases. He is called to Hong Kong to help some friends with a sensitive situation. A young woman is missing. She is the daughter of Hong Kong’s leader and (secretly) a powerful American politician. Have the triads taken her for ransom? The pro-democracy factions to prevent her mother from retaliating against their demonstrations? The Chinese government in order to force her mother into cracking down on the dissenters? Or someone else entirely?

The mystery itself is straightforward: find the girl, solve the crime, deal with the bad guys. What is far from straightforward is Needham’s approach to the novel. He delves into the character and physical health of Inspector Tay, from his Chinese-appearance sometimes making him a fish out of water in ethnically Chinese Hong Kong (not speaking Cantonese but looking like you can is sometimes awkward) to his reactions to the anti-smoking movements in both his native Singapore and in Hong Kong (he blames the Americans), to his awkwardness around women in general and his friend Claire in particular. He looks at parts of Hong Kong well off the tourist trail, particularly Mongkok, a place where triads rule and people with options generally avoid.

Partnering with two Americans, the aforementioned Claire and Jack Shepherd (who has his own series of books by the same author), Tay makes his way through both the halls of money and power in Hong Kong (basically the same thing) and through the dangerous streets of the triads (also, often the same thing). Along the way is a fair helping of humor and acknowledgment of the challenges of their task. At one point, Tay tells his two companions, “try not to look any whiter than you absolutely have to.” Being married into an Asian-American family, I laughed out loud when I read that line.

Jake Needham is an American who has lived in Asia for decades. He now splits his time between the US and Bangkok. I can only assume he has spent time in Hong Kong, at least in research if not actually living there, because the descriptions of the city have the feel of someone who knows the actual smells and sounds and drumbeat of the city. Several times he includes very detailed reports of the clashes between police and demonstrators, including the smell and taste of tear gas, the appearance of the police and the protestors, the sounds of the crowds–things that possibly could be gleaned from careful reading of reports but seem more likely to be shared from some personal first-hand observation. Whether he is an outstanding researcher or a close observer (and he obviously could be both), Needham makes Hong Kong itself an intimate part of the story. Sometimes fiction can take us to a place more effectively than the news can. It’s easy from my quiet neighborhood across the world to read the reports from Hong Kong with a dispassion born from distance. Allowing a book to transport you into the middle of a city fighting (and largely losing) the battle for its soul and its future makes it much harder to stay detached. 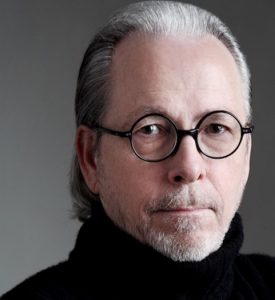 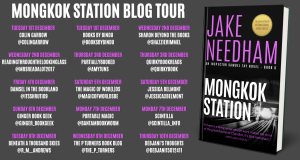 Our thanks to Emma Welton of Damp Pebbles Blog Tours for our copy of this novel, provided for our participation in the blog tour. For other perspectives on the book check out the other bloggers involved. The opinions here are solely those of Scintilla.