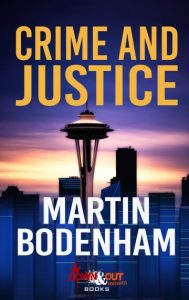 Many years ago one of my sons rode one of those teacup rides at an amusement park. Those are the rides that send you spinning and whirling around for a couple of minutes before slowing and stopping to let riders exit. Not to go into too much detail, but they had to close the ride for a special cleaning of my son’s car after it stopped–and I got to purchase an overpriced amusement park T-shirt and shorts to replace the ones he could no longer wear.

Crime and Justice brought back that memory to me. Seldom have I read a mystery with more twists and turns, and just when I thought the writer was done toying with me, he threw in something else.

Chaice Ransford is the privileged son of Seattle’s mayor. He has ridden on his mother’s reputation for many years, evading trouble and debts by using her office as a backstop on his more egregious failures. This time, though, he is accused of rape, and Detective Linda Farrell intends to see him pay for his crime.

Jeff Peltz is the mayor’s “fixer.” A former cop who is not afraid to break the law or your jaw, he is charged with making her problems go away. An accusation like this is a problem and Peltz sees a way to make it disappear. If the crime lab can tamper with the evidence, there is no case…and the head of the crime lab is married to a woman whose job relies on city hall.

Virtually every chapter takes the reader in a different direction. No one is safe, nothing is quite what it seems. Two people die, two others are imprisoned, lives are shattered, careers are made, and by the end many profound questions remain unanswered. Through this teacup carnival ride’s twists and turns, we are constantly asked to think about privilege and position, about victim’s rights, about how far one would go to protect family, about the costs of doing justice. Assumptions are challenged and sometimes upended. Ultimately the answers in the book are incomplete and unsatisfying…which is quite the opposite of saying that the book is either of those things.

If you want your easy cases tied neatly in a string where the good guys win and the bad guys lose and the sun rises over the Cascades and gently sets into the ocean, this is not the Seattle detective book for you. Sometimes justice itself is a crime and Martin Bodenham gives readers a gut-wrenching story that left me both dizzy and eager to get back in line for another ride.

Just, make sure your meal is digested before embarking. 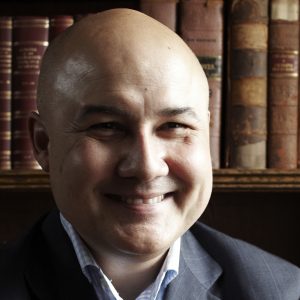 Our thanks to Emma Welton of Damp Pebbles Blog Tours for our copy of this book in exchange for our honest review. For other perspectives make sure to check out the bloggers participating in this tour. The opinions here are solely those of Scintilla.

One thought on “Blog Tour: Crime and Justice, Martin Bodenham”