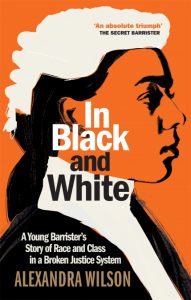 I often reflect upon my good fortune despite, which is true despite various challenges I may face. I grew up in a stable home with parents who loved me. We were comfortably middle-class and I attended good public schools. I went to college, married the most delightful and intelligent woman there, and we have three amazing sons and three (obviously perfect) grandchildren.

And I am a white male in a culture (USA) that is designed to support white males.

Alexandra Wilson grew up with some of those same advantages in Essex, England. She grew up with two loving parents and a warm extended family. Unlike me, though, she is biracial and female. Despite our progress in both the UK and the US, the court system in both countries remains stuck in a culture and values system that is sadly outdated in many ways. Unlike me, though, Alexandra Wilson is challenging that system every day she goes to work.

Graduating with honors from what we in the US would call high school, she attended Oxford University and went on to study law. She is now a barrister, a role with certain similarities and significant differences to lawyers in the US. I am not going to try to examine that comparison as it is not germane to her story. Her story is of how a young biracial woman came to practice law, and what she has observed firsthand during her work with clients.

Wilson’s passion for law began with the violent death of someone very close to her. “Ayo” was just 17 years old. He died essentially for being a young black man in the wrong place at the wrong time. His death and the subsequent trial of his killers showed her the importance of the law and inspired her to become a part of the justice system.

Her decision was challenged by many. Counselors at her school suggested she should not aspire to lofty goals such as attending Oxford. Classmates at Oxford said she did not look or sound like someone who belonged there. Even some relatives wondered why she wanted to participate in a system that seemed to be rigged against blacks, especially black men. But Wilson persisted. WIth the love and wholehearted support of her closest family she persevered. With the help of some scholarships and some good mentors, she seized the opportunities presented and through her own intelligence and hard work she achieved her goals. She does not brag about her accomplishments but lays out the facts as a barrister should. Still, her tenacity in the face of adversity is remarkable.

Being on the inside has let Wilson see up close the challenges faced by people caught in the legal system. Her stories are riveting. Some of them are hilarious: one young man faked a Scottish accent so well that he fooled her, the magistrate, and everyone in the courtroom–and left with everyone believing he lived in Scotland when he was from the south part of London. Others are wrenching: families in turmoil, cases that should not be in court resulting in criminal records for foolish and fleeting actions, false accusations leading to lost jobs and lost homes with no compensation, a system that inherently favors white over non-white, wealthy over non-wealthy, educated over uneducated, people who look like me over people who look like Alexandra Wilson.

Being on the inside, though, has also meant Wilson could help people in need. She has come to appreciate that the law needs people like her, people of color, women, coming from public education rather than posh private schools. It is hard to trust a system when the people running it all come from the same stock. When a barrister looks like you and sounds like you, there is an opportunity for trust and alliance that can result in a fairer, more just, and better accepted outcome. Not always, but often enough to make it worth trying again tomorrow.

Despite my complete unfamiliarity with the British court system (apart from one or two episodes of “Rumpole”), I was fascinated by In Black and White. Obviously it is very different, but at times it reminded me of James Herriott’s books. Like Herriott, Wilson is a terrific storyteller with anecdotes that inform, amuse, and endear. She also extensively footnotes the book with explanations of terms and references to books and studies that support her “case studies.” This is a warm and touching book, challenging and sometimes pointed in its criticism of the law, but ultimately a love story to a system that needs to improve…but one which can improve and when it works is a powerful tool for empowering and protecting the people it is meant to serve. 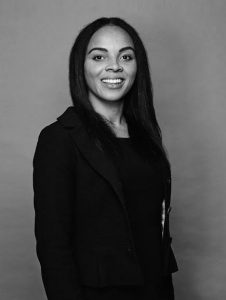 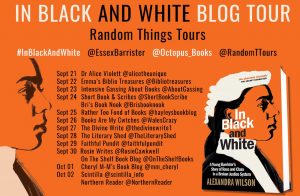 Our deepest thanks to Anne Cater of Random Things Blog Tours for inviting us to participate and for providing our copy of this book. For other views on this book check out the wonderful bloggers on the tour with us. The opinions here are solely those of Scintilla.

One thought on “Blog Tour: In Black and White, Alexandra Wilson”