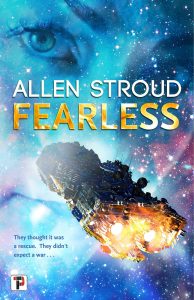 Captain Shann of the spaceship Khidr is free when she’s away from Earth. Born without legs, on Earth she is bound by gravity to use prosthetics for movement. In space, though, sometimes her lack of legs is a benefit rather than a hindrance. It is at least not a handicap to her rising through the ranks of the fleet to command a ship.

The Khidr typically follows a path that takes them from Luna and Mars through the asteroid belt and to the moons of Jupiter and Saturn. Their transit usually lasts about six months. Then after a break they begin again. Occasionally they have to rescue a ship with some mechanical problem. They have never had to face hostile action. So there is no reason for them to suspect any enemies when they receive a distress signal from a freighter.

When a crew member dies during an acceleration, it is tragic and unexpected. Safety protocols and redundancies should have prevented the accident. Very quickly they learn it was no accident. The young man was murdered. They have a killer on board their ship.

Things get worse when they arrive at the disabled freighter. It shows definite signs of hostile action. And all doubts are removed when the Khidr itself comes under attack from an unknown vessel the crew must fight both the enemy from the other ship and the enemy, or enemies, among their own crew.

I fell in love with science fiction as a child. The first writers I distinctly remember in the field were Heinlein and Asimov. I was that strange child reading Starship Troopers and the Foundation Trilogy in the 4th and 5th grade — and I’m that strange adult that remembers reading the Foundation Trilogy almost 45 years later. (I was reading it during lunch in the cafeteria at Juchem Elementary School in Westminster, CO. I am quite sure you were asking yourself that very question.)

Allen Stroud’s Fearless has elements of those classics of an earlier era. He takes science seriously. The plot is gritty and full of twists. Not everyone survives the entire novel. The descriptions of being in space are harrowing and fascinating. There is a real sense that anyone could die at any moment: from enemy action, from shipboard murder, or just from the realities of living in a vacuum with only a thin skin of metal between yourself and the void. It is vivid and compelling and unnerving.

Where Stroud departs from so many of those earlier masters is in his characters. They are in some regards a motley bunch: a female captain with no legs, a computer tech with a cybernetic hand, black and brown and white all working together largely in harmony (except for the ones trying to kill the others). I have often thought that science fiction writers were missing an opportunity by not including more characters who would have physical challenges on Earth but are empowered in a gravity-free environment. I won’t say Stroud read my mind: that would be implying some measure of credit for his creative exploration of those ideas. I will admit to some jealousy that he got there before I did! All kidding aside, I love the approach he takes with Captain Shann and the other members of the crew. There is no pity, no taking it easy on any of them. She may not have legs, but Captain Shann is as tough as they come. She earned her position. And she will not surrender without a fight. 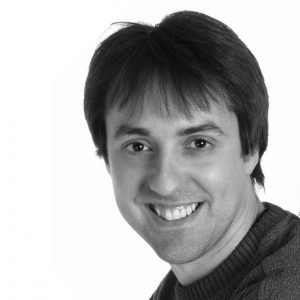 Our thanks to Anne Cater of Random Things Blog Tours and to Flame Tree Press for our copy of this book, given in exchange for our participation in this blog tour. For other perspectives on Fearless, check out the other bloggers on this tour. The opinions here are solely those of Scintilla.