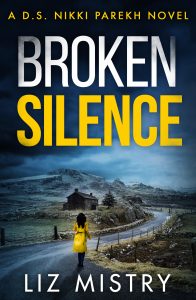 Stefan hoped he had finally escaped the hellish conditions of the factory. Taking advantage of a flaw in the security he snuck out, running as fast and as far as he could in his weakened condition. He had hoped for a larger head start before being followed. He had forgotten about the dogs. And he was trapped in a dumpster, buried under cardboard, when his pursuers began tapping the sides and mockingly chanting, “Come out, come out, wherever you are.”

DS Felicity Springer could only remember having one glass of wine. Yet she had awakened in bed with someone she barely knew and did not like. She felt dizzy, disoriented, hungover. She was not sure she was able to drive safely but she had to get away. Taking back roads seemed like a good way to avoid other cars–and avoid being pulled over by one of her uniformed colleagues. Then the van she was following began to look strange. A hand appeared from the back taillight, waving frantically. Then an entire arm appeared. Clearly someone was trying to get attention, hoping to be noticed. DS Springer called it in despite her condition. Someone was in trouble. But the van stopped, suddenly, and Springer’s car crashed into it. The last thing the dispatcher heard was the sound of the detective pleading…and then a gunshot.

DS Nikita “Nikki” Parekh gets the case of the missing detective, but quickly realizes there is much more going on than just one kidnapped officer. Bodies begin turning up showing signs of brutal torture and/or rape, bleach being used to remove traces of the killer’s DNA. A local low-life is taken from his own home and cannot be found. Her boss is hinting that there may be more to the missing detective case than he is letting on, but he refuses to fill her in. Things also begin affecting her family. Her sister has started seeing her ex again–her ex who is married to someone else now. Her nephew is dating the sister of the missing low-life, who was a man known for his racist and homophobic views and who would react violently to his sister dating someone of Indian descent. And the fears that Nikki formed during past traumas have come back to haunt her: the smell of bleach, the sight of rodents. Balancing her emotional challenges with the demands of her job and her family becomes more difficult with each chapter.

This is the second DS Parekh mystery and it makes me very eager to get the first. DS Parekh is a very delightful protagonist. She is a great detective, makes her team better than they might otherwise have been, finds younger police officers to mentor, and is committed to her family. She understands the challenges of balancing work with home, of balancing being “British” with being “Indian,” of balancing being a woman in a man’s world. Yet she forges on, confident in the love of her family, the support of her team, and the strength of her own abilities. I love the richness of the character. Her weaknesses and flaws only add to the strength of the writing. She is very true to her nature and written exceptionally well.

Liz Mistry began writing later in life, which gives me encouragement that my own languishing novel might have a hope of seeing the light of day. She brings maturity and wisdom to her characters, qualities sometimes lacking in works by lesser writers. And she fills the book with misdirections and red herrings so that the reveal at the end is surprising, yet not such a twist that the reader feels betrayed by false clues. Broken Silence is a wonderful novel full of rich characters inhabiting an amazing plot. The only remaining mystery is why everyone hasn’t gotten it, yet. 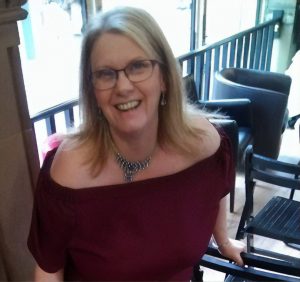 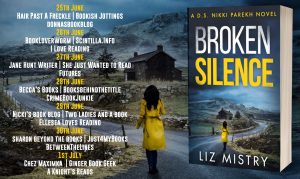 Our thanks to the author and publisher and especially blog tour organizer Rachel Gilbey of Random Things for our copy of this book, given solely in exchange for our review. The opinions are those of Scintilla.info.