Doctor Who is a family favorite! While you’re waiting for the next season of Doctor Who enjoy reading about our favorite Time Lord. 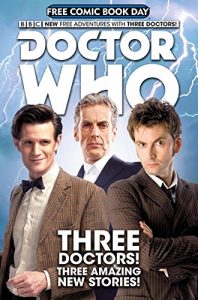 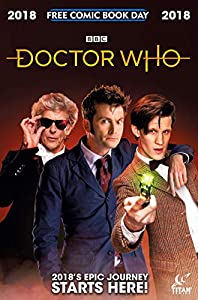 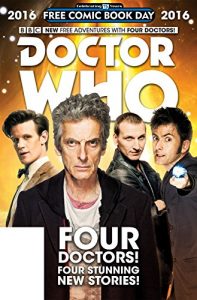 Doctor Who comics have been a long time staple of the fandom.  The above titles were a part of the annual Free Comic Book Day which takes place on the first Saturday of May. You can download free copies from Amazon or Barnes & Noble. 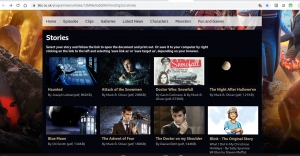 Also for reading online or free PDF downloads are 8 Doctor Who stories on the BBC website: 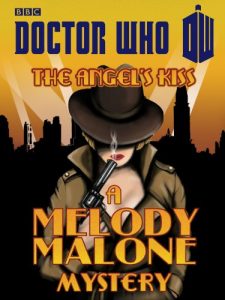 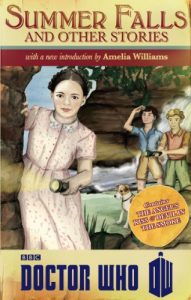 Fans of the Eleventh Doctor will recognize these eBook episode tie-ins (available on both Amazon and Barnes & Noble) which served as props in The Angels Take Manhattan with River Song and The Bells of St. John with Clara.

Hopefully, this can be a starting point for fixing your Doctor Who craving between seasons. Meanwhile, open a package of Jammie Dogers while we share some fan to fan thoughts on the previous Doctor Who season.

As a child I occasionally watched Doctor Who. Not often, as it broadcast on PBS Saturday mornings against cartoons, and the campy costumes and cheesy special effects were not engaging enough for me to stay long. A few years ago our son Geoffrey told us we had to watch the new Doctor Who. One of the first episodes I saw (maybe it was the first) was Blink. I could not believe the writing and the storytelling. Somehow, immobile (?) angel statues became terrifying. I still think of that episode every time I see a statue of an angel! I went back and watched all of the episodes.

Eccleston and Tennant, Smith and Capaldi and now Whittaker have become part of our family. We argue over Rose (I like her, others in my family are not as taken), we totally shipped Amy and Rory, Martha’s as badass as they come, Clara is so adorable, Donna hilarious, Bill such a groundbreaker…and now Yaz and Ryan and Graham. Daleks and Silurians and Cybermen and The Silence and so many other baddies. Captain Jack and the other occasional partners–PLEASE bring back the Paternoster Gang!

And River Song! Along with her collection of blasters!

This season has been an ongoing delight. From the return of old enemies to the introduction of Jo Martin as a new Doctor, Sacha Dhawan as a new Master, and the return of Captain Jack Harkness, the show has joyously careened from one episode to the next. There were a couple of clunkers–looking at you, Orphan 55–but overall the writing, the acting, and the atmosphere has been fun, intense, and gripping. Jodie Whittaker may not be “the best” Doctor–but she’s right up there in my mind with any of them, and she is growing and developing in the role as she and showrunner Chris Chibnall and the writers become more comfortable with each other. And the three companions are a constant revelation. Doctor Who may not be a book (though obviously it has inspired many books), but it is one of the most literary shows I’ve watched.

Doctor Who has been a family viewing tradition since Matt Smith danced around the screen as the eleventh doctor. I still remember my first Doctor Who episode I watched (Poison Sky with David Tennant during a Doctor Who marathon). This season has made me the most emotional and created a bigger fan than ever.

From the beginning with Spyfall to the Timeless Child, I have been amazed. I’ll admit that a couple of episodes fell a little short or flat, but they nailed the majority of them. The variety that they showed was amazing with spy thrillers, a pulp fiction historical, big message environmental episodes. The episodes went across different genres and had so many themes that it is hard to talk about all of them.

The biggest change in this season from the last was the character moments. The scriptwriters had to deal with one of the largest Tardis crew in the modern series; making it so that everyone has good screen moments is hard. I think, while they weren’t able to give everyone a chance in each episode, overall both the actors and the writers nailed it. I will admit that Sacha Dhawan was one of the most powerful actors and one of the best Masters in the (modern) series and his interactions with Jodie Whittaker made sparks dance across the screen.

One of the interesting things to me is the fact that the canon was changed again. If you are calling yourself a fan of Doctor Who you should realize that the show has lasted almost 60 years. Canon will change: it can have stuff added and it can have stuff taken away. Jason Snell for the Doctor Who flashcast on the Incomparable podcast network said that one of the greatest gifts that a showrunner can give to future writers is making room for future stories. With this canon change, there is more room, the mystery has deepened on who is the Doctor. There is more I can talk about but for now, I give my thanks to the crew, the actors and the writers of Doctor Who for making, to me, the best season of Doctor Who.