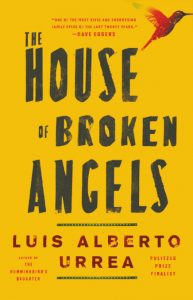 Many years ago when we lived in Los Angeles some dear friends invited us over for their child’s birthday party. The husband was Mexican-American, and little did we know that his entire family would be there to celebrate. Their toddler and our toddler did not quite know what to make of the scene. I was a bit overwhelmed myself. People and food and more people and more food. I met more tios and tias and abuelas and cousins than I knew any one person could have. I thought back to the sedate parties my suburban white parents used to throw: children’s parties with 4-5 classmates and well controlled games like pin-the-tail-on-the-donkey, adult soirees with quiet conversation and soft music. This was…different than that.

This was a whole new world for me, and I was brought in as part of the family. There were multiple pinatas, loud and exuberant Spanish-language music played, and people, people everywhere. Kissing and hugging and yelling and dancing. I had an amazing time, but my wife and I were both exhausted and left with our son long before the revelry was through.

I have been blessed by friends from many cultures and many backgrounds through the years. Sharing moments in their lives has enriched mine. What a beautiful world we live in, a rainbow of colors and a symphony of languages. I miss my days living in New York and Los Angeles, cities that truly reflected the world at large much more than the smaller communities I have more recently called home.

The House of Broken Angels reminded me of that child’s party. The story centers on the character of Big Angel. Patriarch of a large Mexican-American clan, Big Angel is dying. His brother, Little Angel, has come down from Seattle to celebrate this last birthday with the family. And everyone has come: children and grandchildren, nephews and nieces, brothers and sisters. Like Don Corleone, everyone wants to pay their respects to the cancer-ridden old man. So what does one do for a final birthday? If you are part of this family, you party. Mariachi band. Piles of food. Drinks for everyone. And stories and memories shared among family.

Urrea was inspired to write the novel by events in his own family, but as he says this is not the story of the Urrea family. It is the story of the de la Cruz family. But the characters in the book could have come from many families. I recognized some of them from my own family. (For the sake of my relationships, I won’t say which ones!) None of them are perfect, none of them are evil. They are fully realized humans who love and laugh and lust and live through the magical words of Urrea.

As I read this, my mind returned to that birthday party so many years ago. (For context, the toddler we had with us then is now 29.) I did not fully appreciate then that the gift my friend gave me was much more than the pile of gifts given to his son. My friend invited me into his life, into his family, into a culture that was adjacent but different than mine. That same gift has been extended to all of us readers by Luis Alberto Urrea. The House of Broken Angels is an invitation into a family, a culture, a party. Whether you are Mexican-American or any other culture, this house welcomes you to celebrate life.