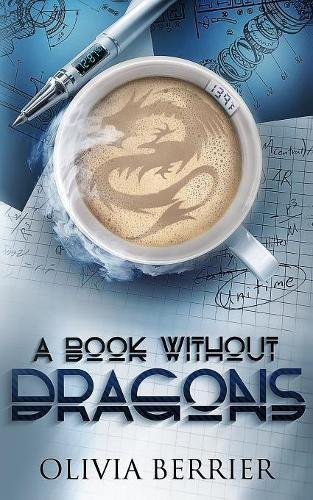 The year is 2054, and the world is falling apart. All technology has become dependent upon the “Unitime” satellites. Clocks, GPS, cell phones, the Internet, even the thermometers in smart coffee cups rely on the Unitime satellites for their accuracy and coordination. And the Unitime satellites are failing. Clocks no longer are synchronized, GPS is inaccurate. Cell phones and the Internet are down. And the blasted smart coffee cup can’t even tell the temperature of the beverage! Worse, a world dependent on their technology doesn’t know how to react. Business are closing. Looting is rampant. Violence is increasing. Chaos is spreading. And poor Cider, a very good dog, is locked out of his house.

But, true to the title, this is A Book Without Dragons. At least none of the scaly, reptilian, fire-breathing sort. So although everything else is going wrong, people (and dogs) do not have to deal with dragons.

When I first saw the title of this short (244 pages) novel, I was immediately intrigued. Dragons are cool. Dragons are popular. Dragons are “in.” Being sometimes a contrarian and a curmudgeon, though, I liked the boldness of the title. By the time I got to the end of the book and the story explained the title, I realized just how bold. 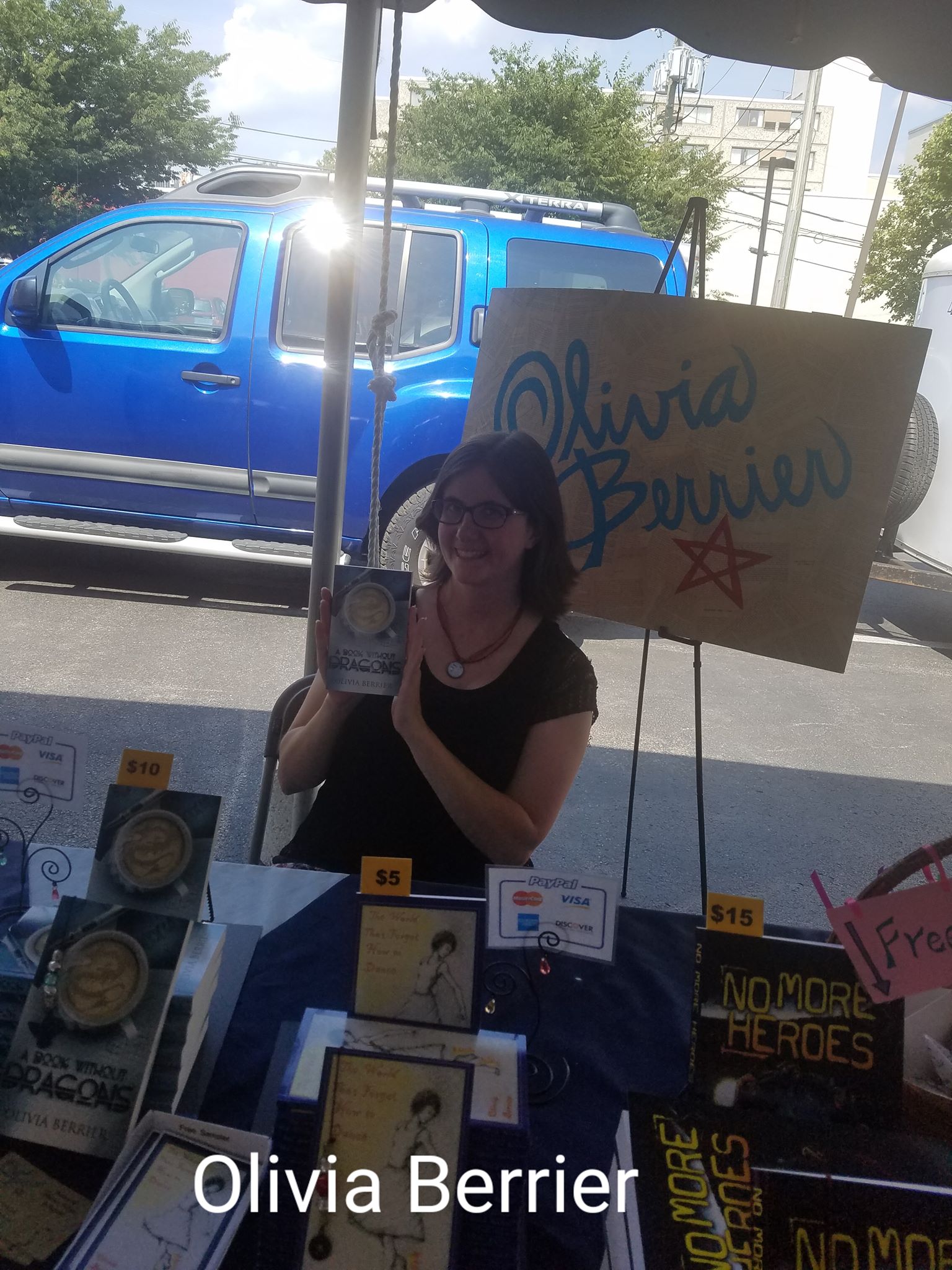 I met Olivia Berrier at the Central PA Book Fest. She is a local author from Carlisle, PA (near Harrisburg), and is just getting started in her writing career. You may not have heard about her. That needs to change! A Book Without Dragons. is creative, engaging, and fresh. Early on, there are some apparent discrepancies in things that make most English teachers twitchy: tense, perspective, shifts in person from “you” to “her” to “I.” As the story develops, Berrier makes it clear that these are intentional. They are features, not bugs. Once that “Aha!” moment comes, the entire story takes on new life.

The story shares the perspective of several people and one dog in the small town of Chagrin Heights, ID. (Something about the name of that town makes me chuckle, but that’s not particularly relevant to this review.) When the crisis with Unitime begins, each of these characters is living his or her separate life. The book draws these different characters together. Some of them had a history with each other which comes out through the narrative, but the response to the challenge posed by technology’s failure brings them together in unexpected, sometimes delightful, sometimes disturbing, ways.

Berrier’s characters are terrific. Early on she introduces her main characters with titles: The Police Chief with No Stories, The Wife Who Answers Phones, The Waitress Who Failed to Be a Nurse, The Dog Who Is a Good Boy, The Scientist in Charge of Unitime. Other characters are also important: the FBI agent guarding the scientist, the husband/college professor, the angry and vengeful brother of an accident victim. Berrier, though, does not leave her characters stuck in their introductory descriptions. Without giving away too much, I’ll just say that the police chief finds he has more stories than he remembers, the wife is much more than a mere receptionist, the waitress is not a failure…but the dog is indeed a good boy. More than just a cute presence in the story, though, Berrier uses Cider as a tool to further the action in a very natural way. Just by the dog being a dog, doing what good dogs do, Cider’s presence in the novel is valuable. The book may not have dragons, but I prefer dogs anyway.

I love the way A Book Without Dragons ends without forcing conclusions or final answers upon the reader. It explores interesting questions: what kind of people are we becoming in our tech-dependent world? Could we survive without all the tech? Would we possibly even be better? Does technology bring us together or drive us apart? Berrier does not really answer those questions for us. She poses one set of possibilities…then takes them away and leaves the reader to answer whether anything was ultimately gained or lost in the transaction. Some of the characters are arguably better off in the end. Others are undeniably worse. And some are just in a different place. Whether society is better or worse, though, is something the reader will have to decide.

Ultimately, we all live in A Book Without Dragons. We can’t rely on mythical creatures or even creative authors to come in and save us from ourselves. Olivia Berrier’s book reminds us that we are more than just homo technologus. What we do with that reality is whatever we choose.

It may go better, though, with the help of a very good dog!

One final note: although this is not a YA book, I think younger readers who like SciFi would enjoy it. The writing is accessible, and even young teens would relate to the characters. There is one intense scene near the end, but it is handled well. Again, it is a book about adults and one that adults would enjoy, but not one to be afraid of giving to your younger science fiction fan.

3 thoughts on “Book Review: A Book Without Dragons, Olivia Berrier”